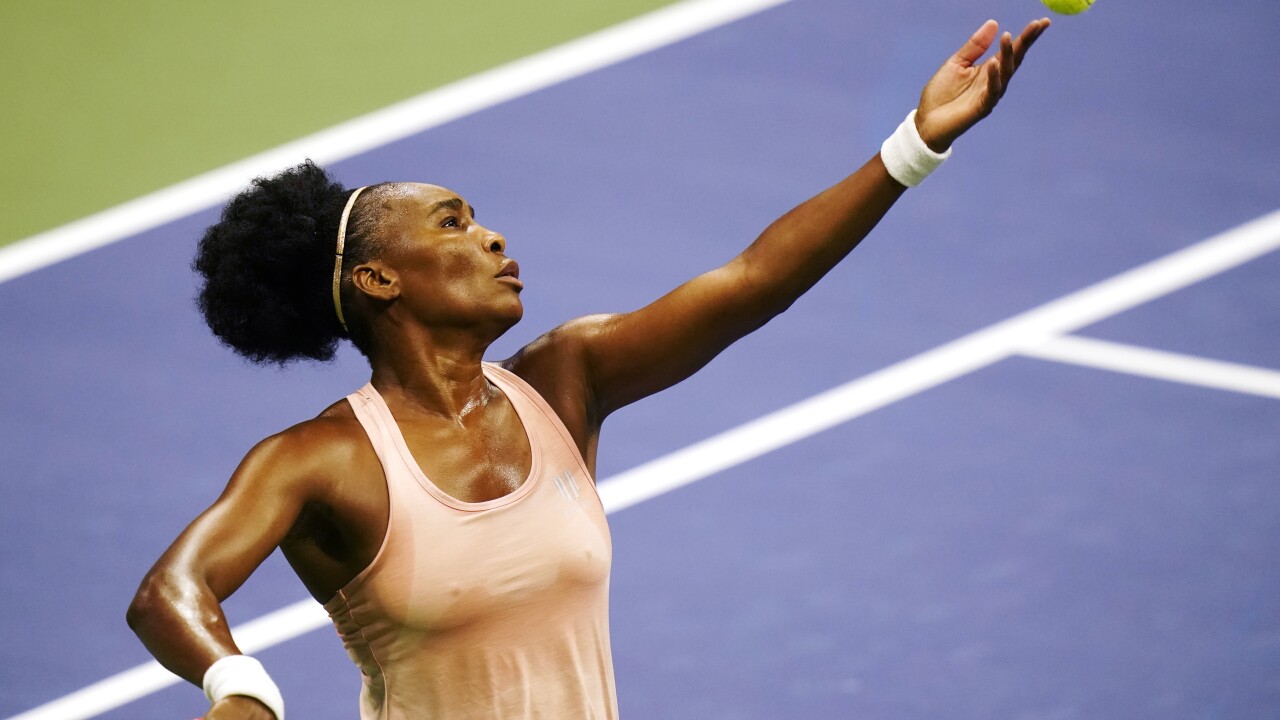 Frank Franklin II/AP
Venus Williams, of the United States, serves to Karolina Muchova, of the Czech Republic, during the first round of the U.S. Open tennis championships, Tuesday, Sept. 1, 2020, in New York.(AP Photo/Frank Franklin II)

FLUSHING, Queens — Venus Williams has lost in the opening round at the U.S. Open for the first time in her long career.

It was small consolation to Williams that by appearing in the tournament for the 22nd time, she broke the women’s record in the Open era. She had been tied with Martina Navratilova.

Williams’ sister, Serena, was among the few spectators for the match. Serena won her opening match earlier in the day.

The 40-year-old Venus was the oldest player in the draw. She fell to 1-7 this year.