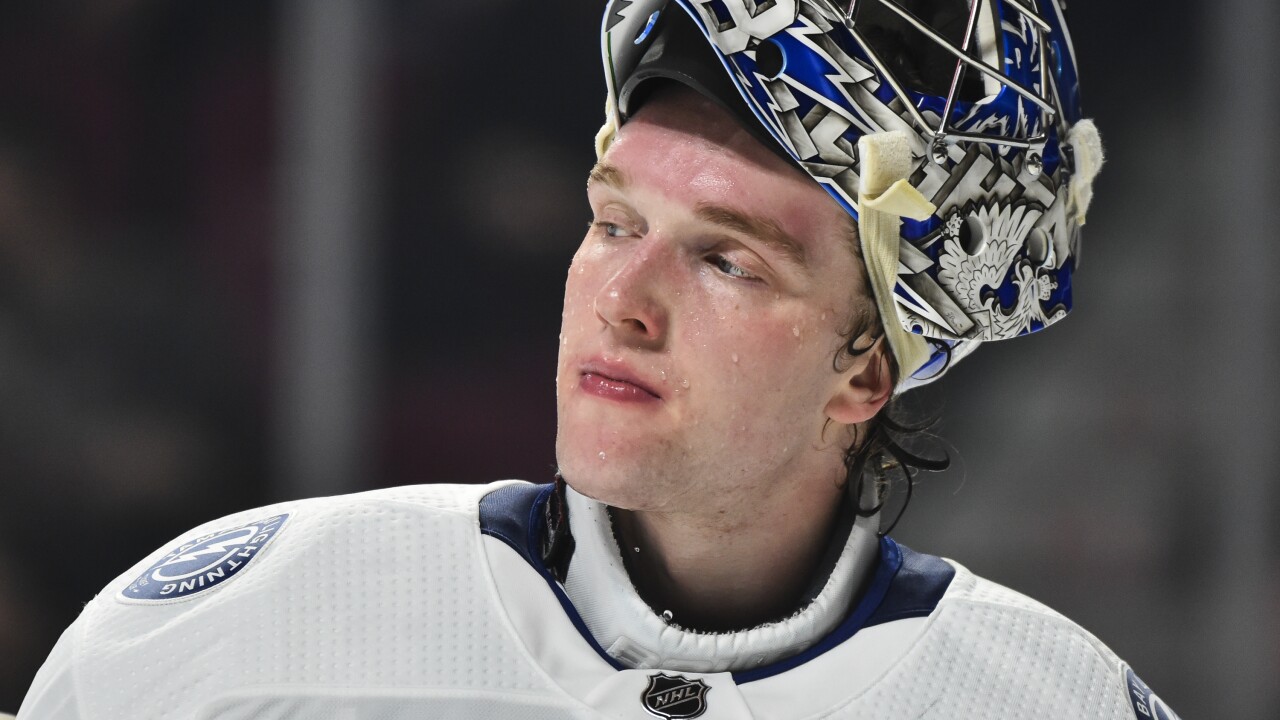 Minas Panagiotakis/Getty Images
MONTREAL, QC - JANUARY 02: Goaltender Andrei Vasilevskiy #88 of the Tampa Bay Lightning looks on against the Montreal Canadiens during the second period at the Bell Centre on January 2, 2020 in Montreal, Canada. The Tampa Bay Lightning defeated the Montreal Canadiens 2-1. (Photo by Minas Panagiotakis/Getty Images)

Brayden Point, Steven Stamkos and Carter Verhaeghe scored and the Tampa Bay Lightning extended their winning streak to six games with a 3-1 victory over the New York Islanders.

Derick Brassard scored for New York, which lost in regulation for the first time in six games.