US women down Mexico 4-0 to secure an Olympic spot 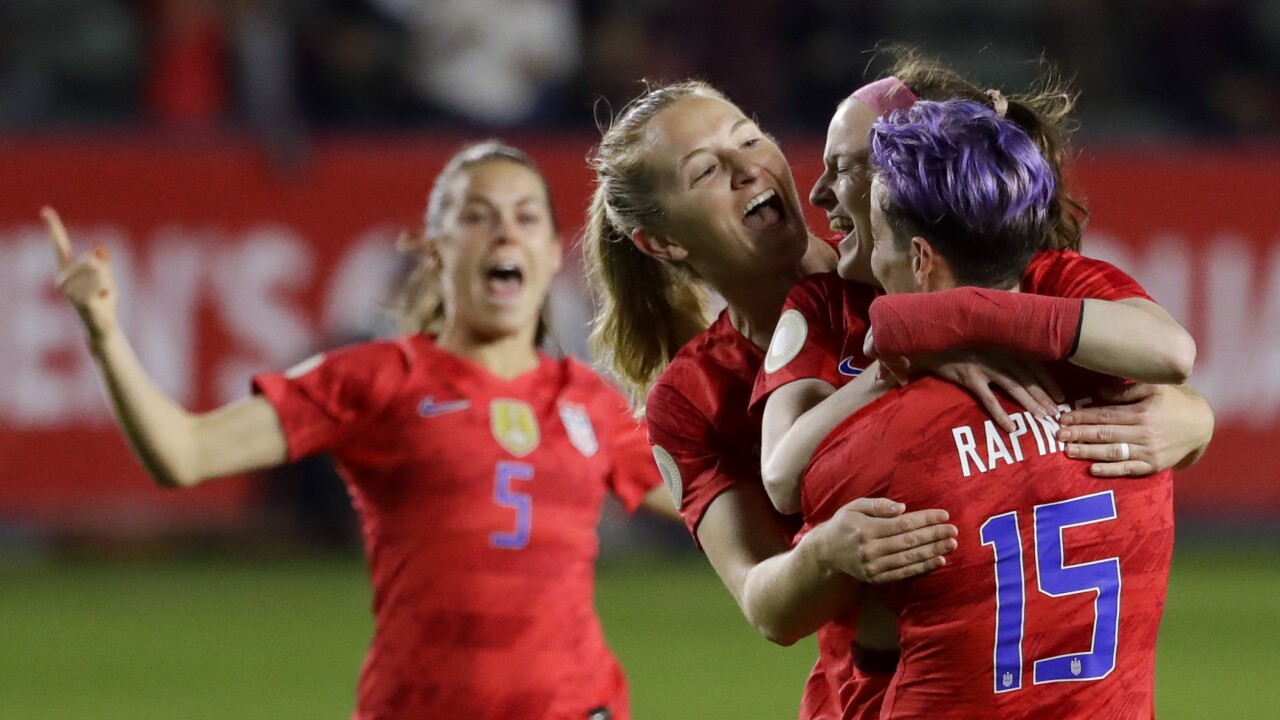 Chris Carlson/AP
U.S. players celebrate after a goal by midfielder Rose Lavelle, second from right, during the first half of a CONCACAF women's Olympic qualifying soccer match against Mexico on Friday, Feb. 7, 2020, in Carson, Calif. (AP Photo/Chris Carlson)

CARSON, Calif. — Samantha Mewis scored twice and the U.S. national team secured a spot in the Tokyo Olympics with a 4-0 semifinal victory Friday night over Mexico in the CONCACAF Women’s Olympic Qualifying tournament.

With the win, the United States extended its unbeaten streak to 27 games.

The United States will face Canada in the tournament's title game on Sunday.

Canada earned the region's other Olympic berth with a 1-0 victory over surprisingly resilient Costa Rica 1-0 in the earlier match Friday.