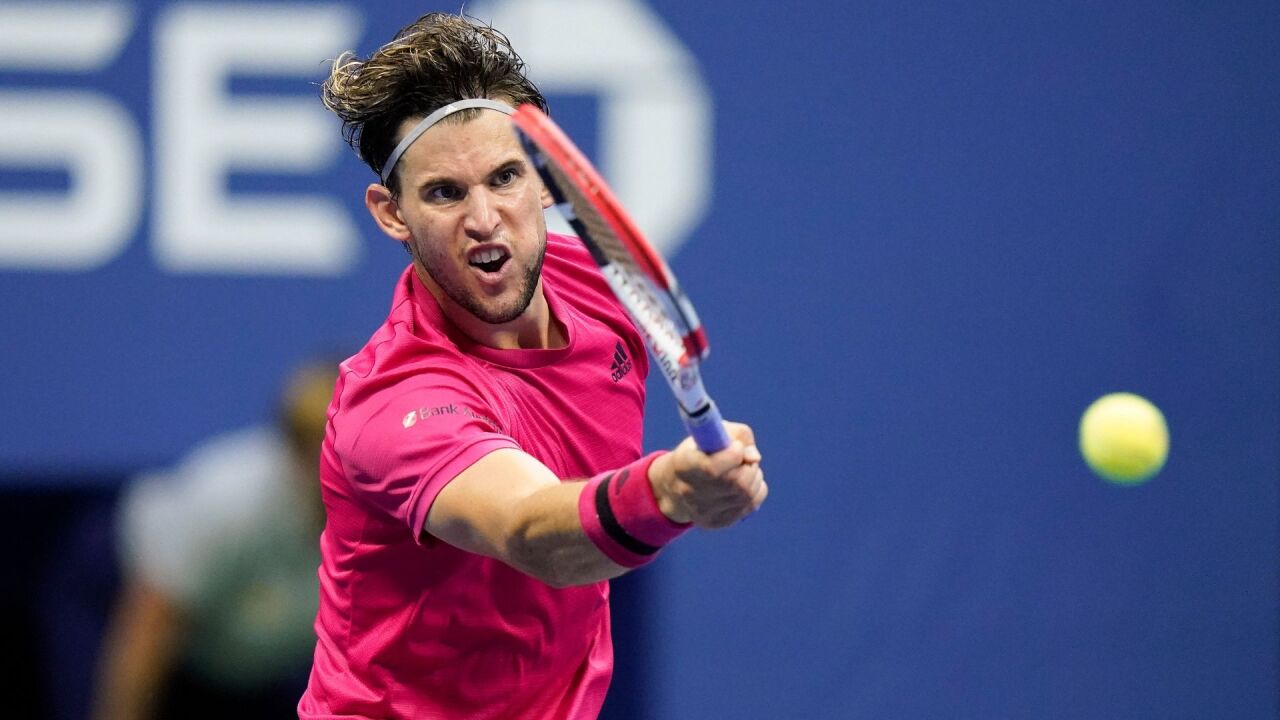 Dominic Thiem, of Austria, returns a shot to Alexander Zverev, of Germany, during the men's singles final of the US Open tennis championships, Sunday, Sept. 13, 2020, in New York. (AP Photo/Frank Franklin II)

Dominic Thiem has become the first man in 71 years to win the U.S. Open after dropping the first two sets of the final.

Pancho Gonzalez made the same sort of turnaround against Ted Schroeder in 1949 to win the event then known as the U.S. Championships.

Thiem is a 27-year-old from Austria who entered Sunday with an 0-3 career record in major title matches. This was Zverev’s debut in a Grand Slam final.

The mental struggle to make a major breakthrough was apparent in the tense final set. Zverev broke for a 5-3 lead and served for the title, but Thiem broke right back and won the next three games, giving him a chance to serve for the match.

Zverev then broke him to force the tiebreaker, but then double-faulted twice in it.

Thiem had lost in his first three major finals.