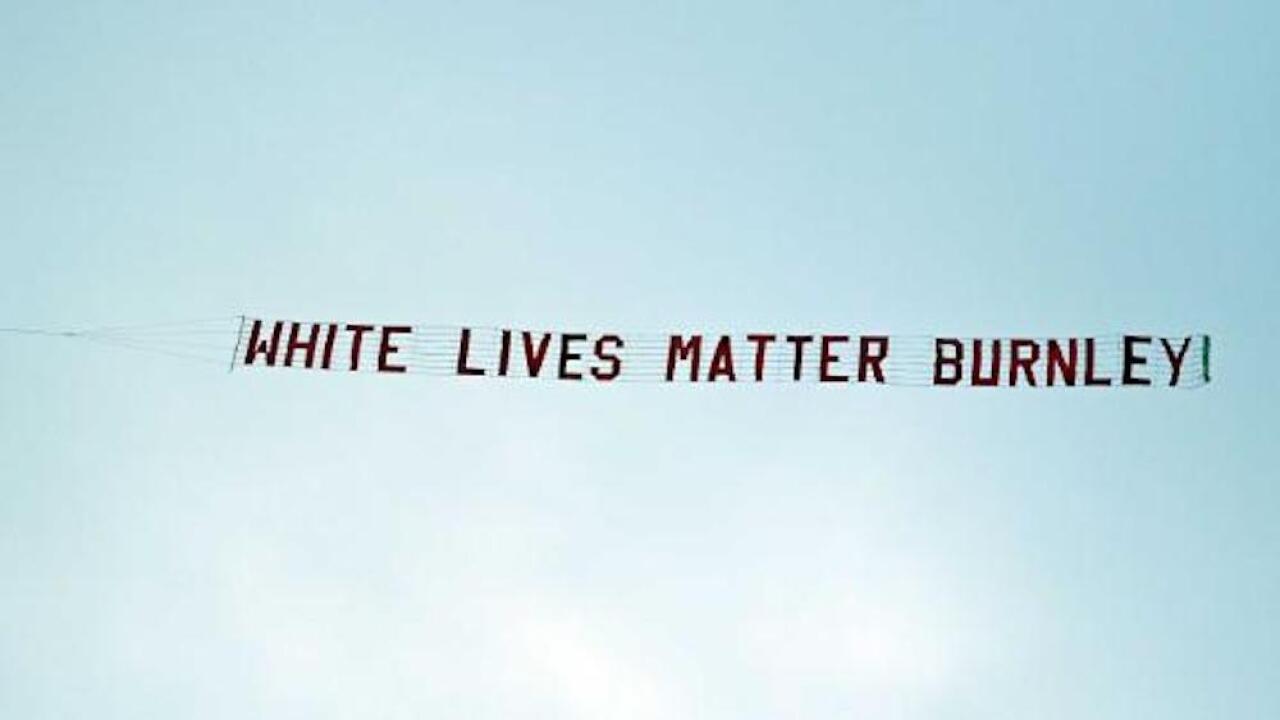 An English soccer club says it will issue a lifetime ban to fans who arranged for a "White Lives Matter" banner to be flown from a plane during the team's match on Monday.

Burnley FC — a team in England's top soccer league, the Premier League — condemned the banner in a statement on Monday evening.

The plane pulling a banner with the message "White Lives Matter Burnley!" appeared over Etihad Stadium in Manchester shortly after Burnley's match with Manchester City got underway. USA Today reports that the plane circled the stadium for 30 minutes.

According to the BBC, Burnley players also condemned the interviews in post-match interviews.
"Fans like that don't deserve to be around football," Burnley captain Ben Mee said. "We're ashamed, we're embarrassed ... it's a minority of our supporters — I know I speak for a massive part of our support who distance ourselves from anything like that."

The Premier League resumed play last week following a months-long pause instituted due to the coronavirus pandemic. Since the play has resumed, players have worn the words "Black Lives Matter" in place of their last names on their jerseys and also have worn a sleeve patch in support of the movement. Several players have also taken a knee prior to games in solidarity with Colin Kaepernick and other American athletes who have fought for racial equality.