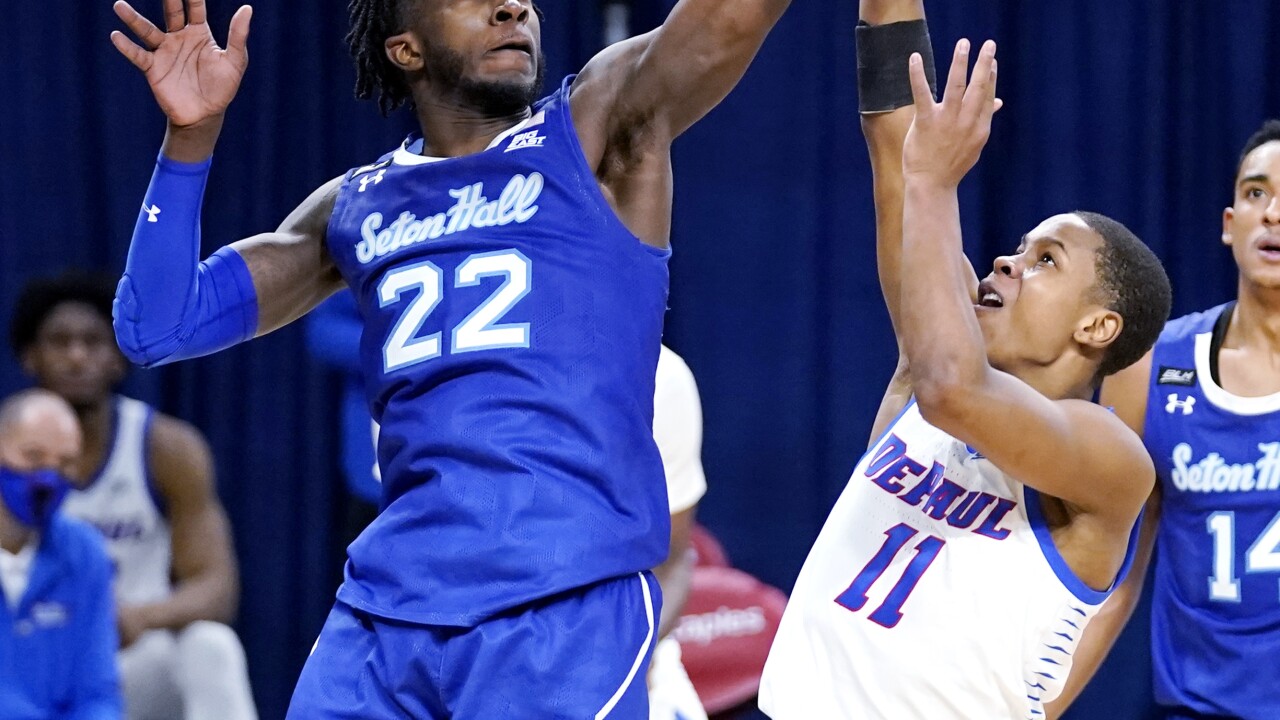 DePaul got within six twice in the final 2:09. The victory have Kevin Willard his 100th Big East win, including conference and tournament games.

Sandro Mamukelashvili had 15 points and eight rebounds for Seton Hall.

Javon Freeman-Liberty had 22 points for the Blue Demons.