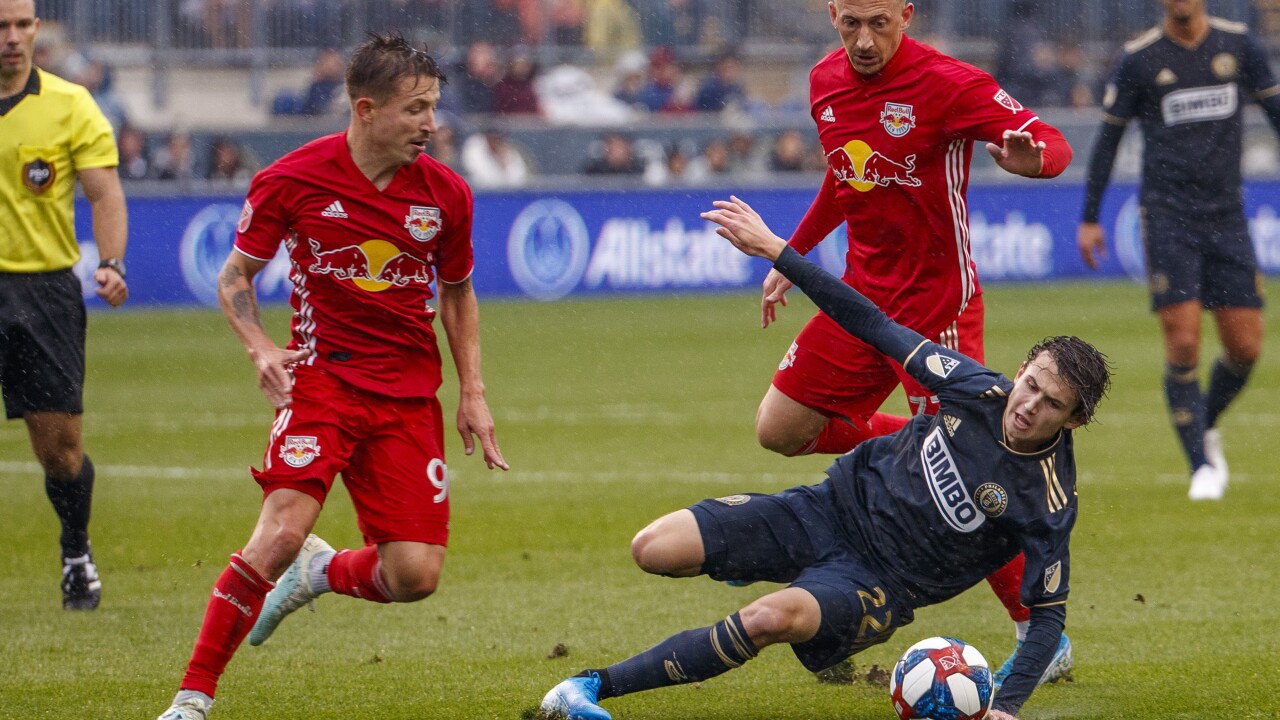 HARRISON, N.J. — Amid multiple teams having players test positive for the coronavirus, the New York Red Bulls are finally heading to Orlando for the MLS is Back Tournament three days late.

The club was originally scheduled to head to the ESPN Wide World of Sports Complex Wednesday but had their flight down postponed due to what the team referred to as an "inconclusive" COVID-19 test. They said that all other players and staff had tested negative for the virus.

On Saturday, the team confirmed the test as negative and set flight for Florida. Their New York rivals NYCFC had already headed down Thursday.

MLS has had problems setting up its so-called "bubble" for the league's first action since March. A game from the tournament between FC Dallas and Vancouver Whitecaps has already been postponed due to at least nine Dallas players testing positive. A player from the Columbus Crew has also tested positive.