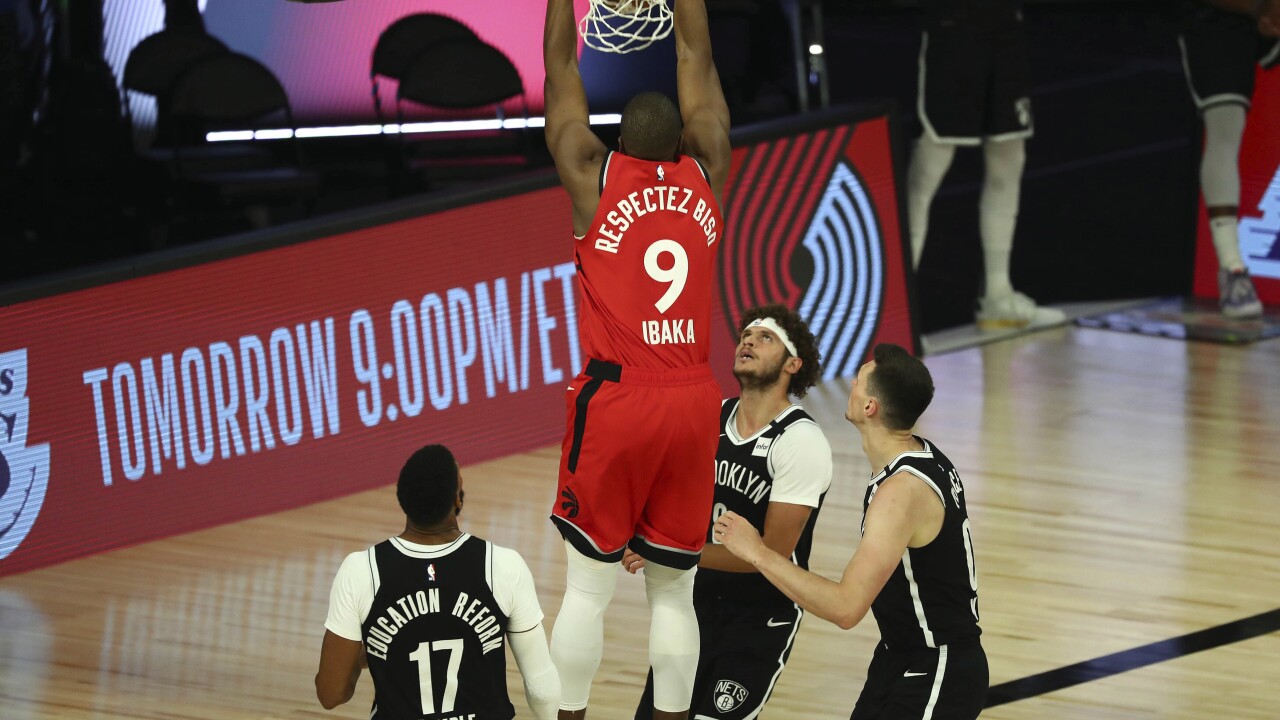 The Raptors lost Kyle Lowry to a foot injury in the first quarter but the defending NBA champions had more than enough depth and power left to wrap up the first sweep in franchise history and set up a series with the Boston Celtics.

The Raptors upped their record to 11-1 in the bubble and made it clear it won’t be easy to knock them off their spot atop the NBA.