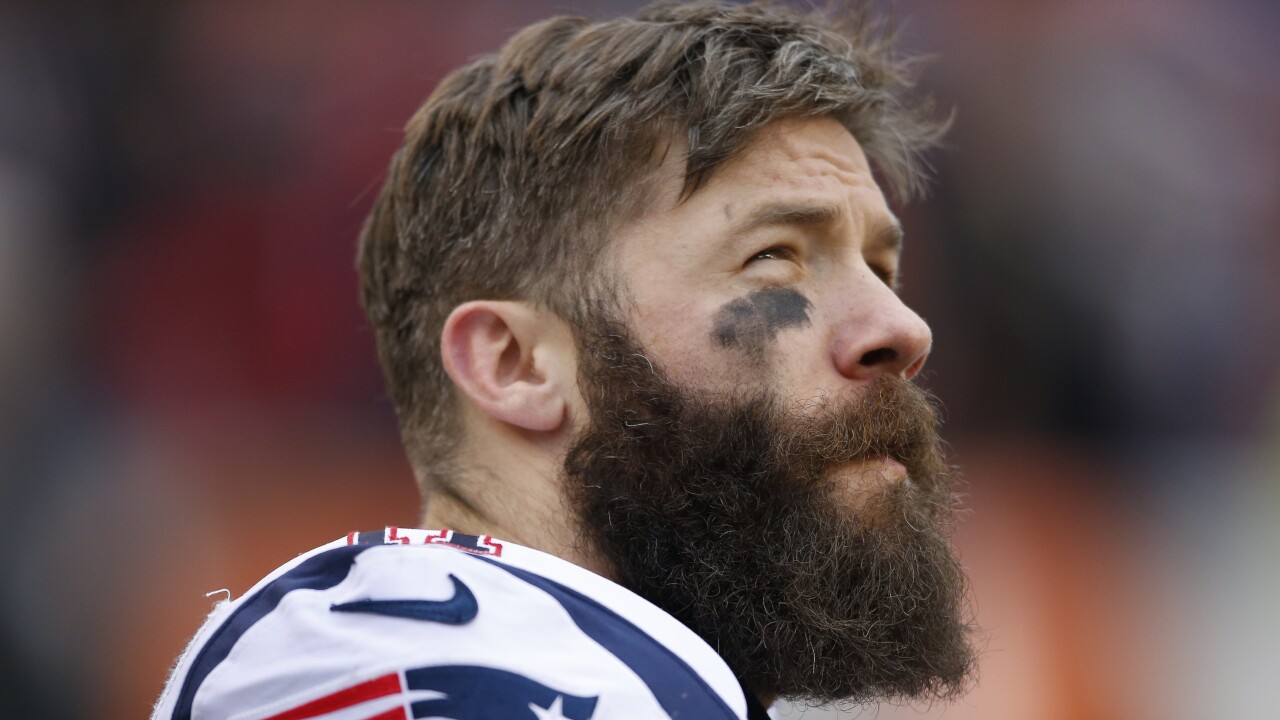 (Copyright 2020 The Associated Press. All rights reserved. This material may not be published, broadcast, rewritten or redistributed.)
Gary Landers/AP
New England Patriots wide receiver Julian Edelman stands on the sidelines in the second half of an NFL football game against the Cincinnati Bengals, Sunday, Dec. 15, 2019, in Cincinnati.

Police say Edelman caused unspecified damage when he jumped on the vehicle Saturday in Beverly Hills.

The 33-year-old receiver was released on a citation and is scheduled to appear in court in April.

It wasn't known Sunday if he had an attorney, and the Patriots had no comment.

Edelman led the Pats during the regular season with 100 receptions and six touchdowns. But injuries took a toll. He was mostly a non-factor in New England’s playoff loss to the Tennessee Titans.