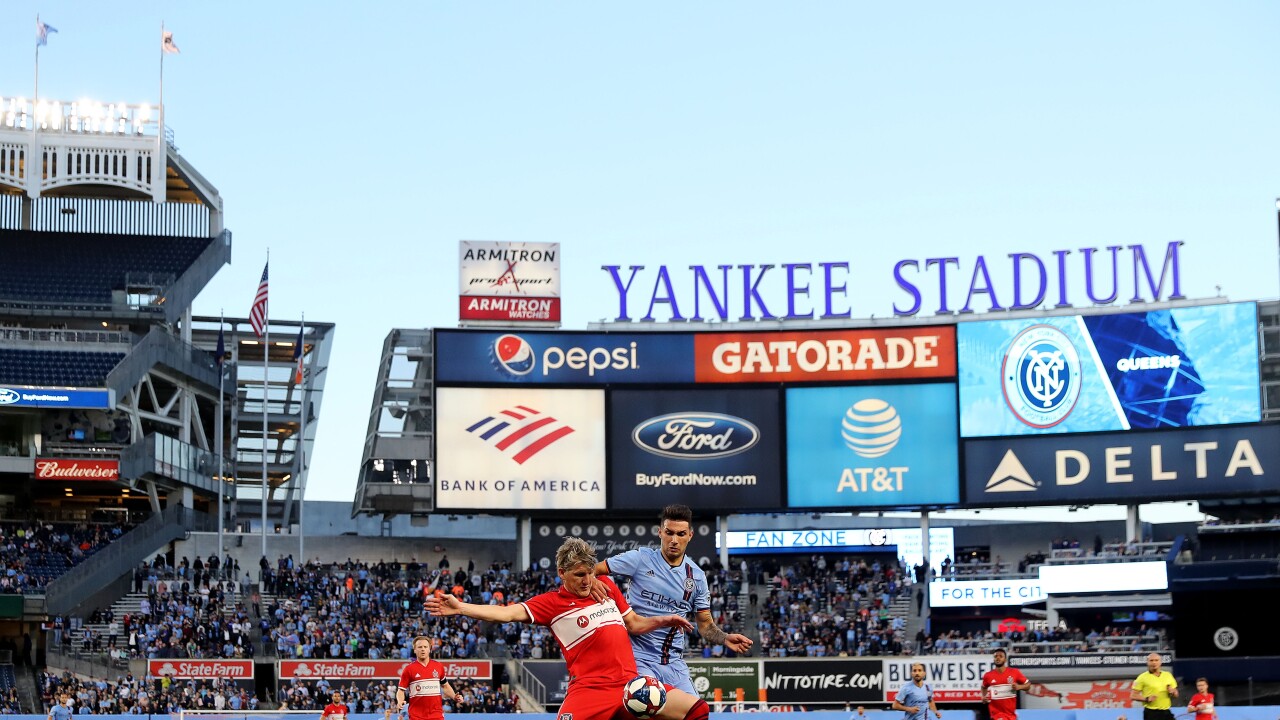 Major League Soccer's New York City team and the Yankees have revived plans for a 25,000-seat soccer stadium near the baseball park in the Bronx, seven years after a proposal fell through.

New York City's Economic Development Corp. is attempting to put together a deal that would include a soccer stadium built on the site of current parking lots along what was the first-base side of old Yankee Stadium.

The old ballpark was torn down in 2009 and replaced by parkland to make up for park space used for the new Yankee Stadium, just to the north.