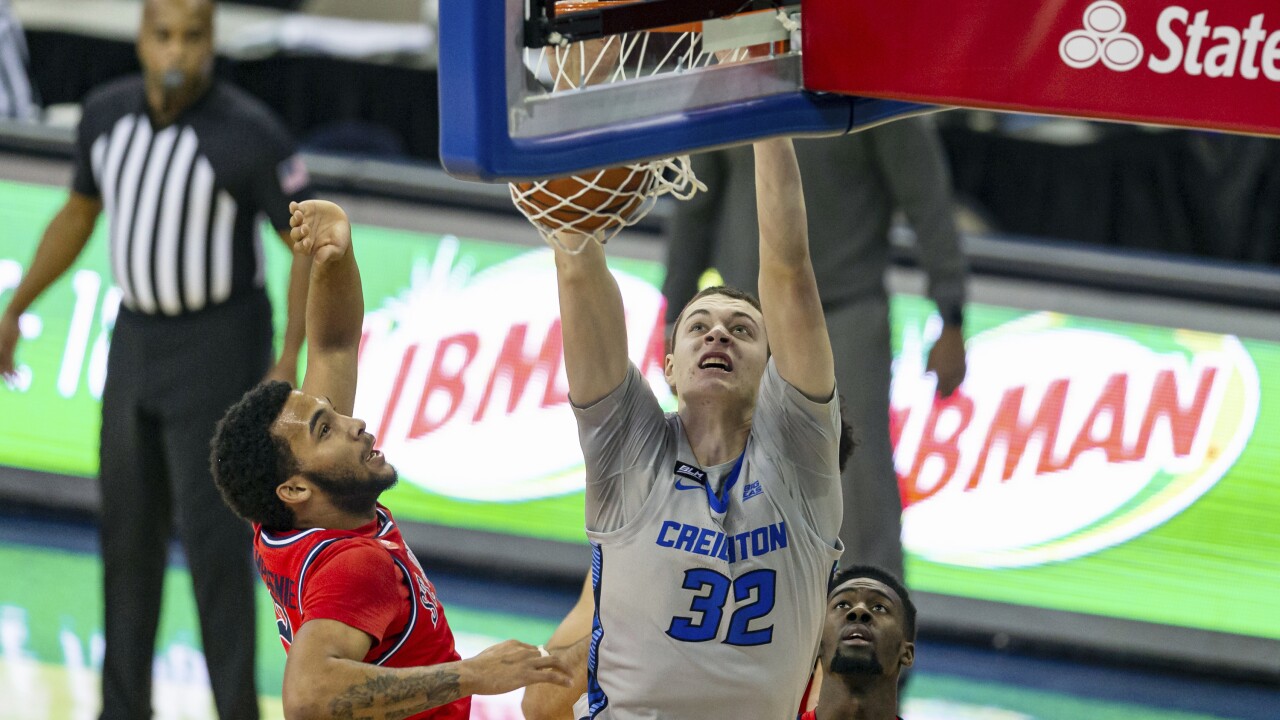 OMAHA, Neb. — Denzel Mahoney scored a season-high 24 points to lead six players in double figures with star Marcus Zegarowski out of the lineup, and seventh-ranked Creighton pulled away early in a 97-79 victory over St. John’s.

The Bluejays won their sixth straight Big East game in the same season for the first time since joining the conference in 2013.

The Red Storm dropped to 0-4 on the road.

Zegarowski was held out because of an undisclosed injury.