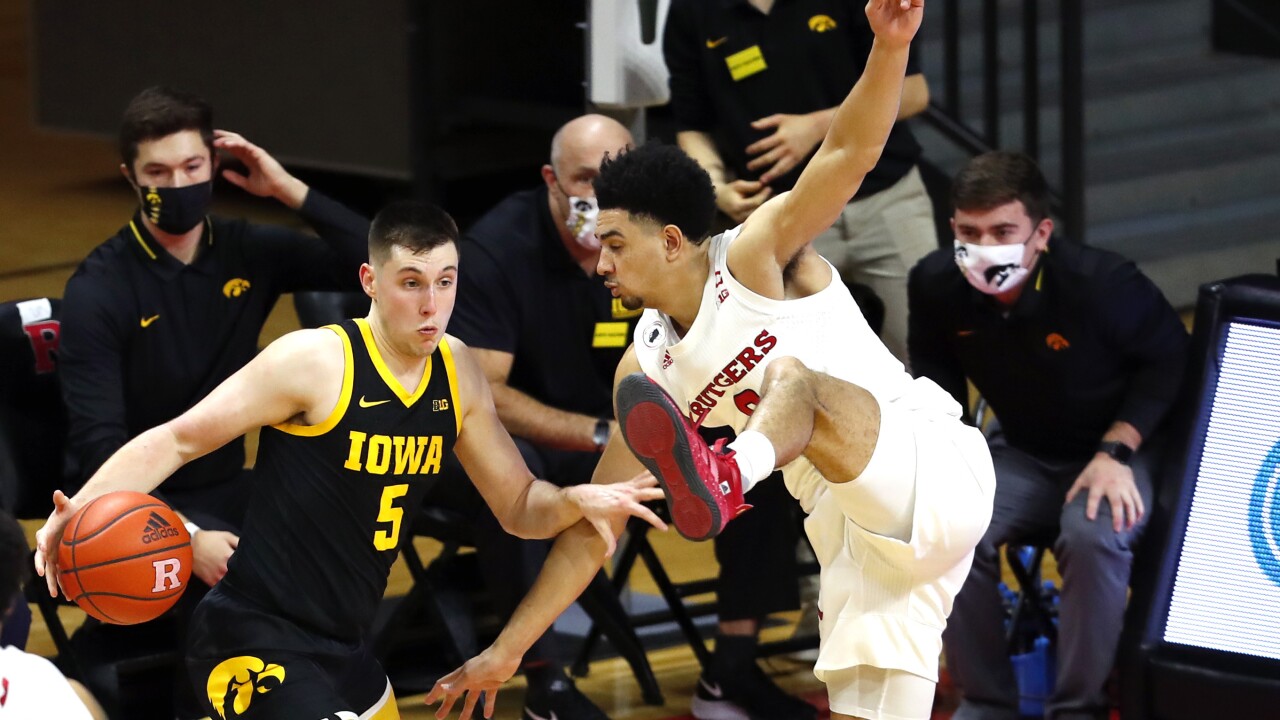 PISCATAWAY, N.J. — Luka Garza got his points for No. 10 Iowa, but otherwise, 14th-ranked Rutgers managed to stifle the Big Ten's top offense.

The problem for the Scarlet Knights was on the other end of the floor — and it had nothing to do with the Hawkeyes' defense, either.

Garza scored 15 of his 25 points in the second half and Iowa took advantage of Rutgers' abysmal free-throw shooting for a 77-75 victory Saturday.

“Wins and losses happen, but what we took away from today is we got to hit foul shots,” Rutgers guard Ron Harper Jr. said. “Four of 12 from the foul line, that’s just unacceptable. We’re not going to win a lot of basketball games like that.”

“Honestly, I just had to get the ball,” Garza said. “They were playing so aggressively defensively, our guards weren’t able to get the ball to me and credit them for their game plan."

Iowa's Connor McCaffery headed to the locker room three minutes into the game with an ankle injury and returned only to inbound the ball in the final seconds of the game. Head coach Fran McCaffery said his son was “day-to-day.”

From there, Rutgers stymied an offense averaging 94 points. Jordan Bohannon scored 13 points on 5-of-7 shooting while Keegan Murray had 14 points.

“He was fabulous on both ends,” McCaffery said of the freshman Murray.

The teams were tied at 35 at the break.