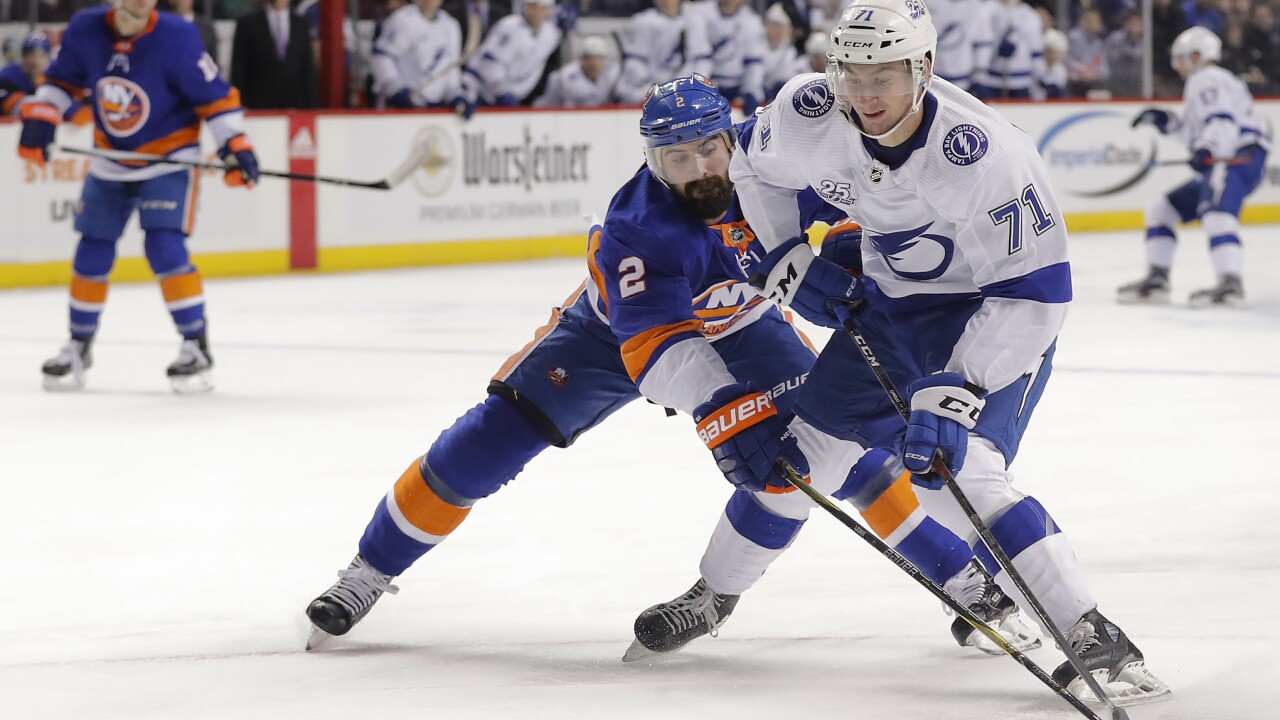 EDMONTON, Alberta — Anthony Cirelli scored in overtime to send the Tampa Bay Lightning to the Stanley Cup Final with a 2-1 victory over the New York Islanders in Game 6 of the Eastern Conference final.

Tampa Bay clinched each of its three series victories in overtime and goes on to face the Dallas Stars for the title.

Only New York lasted more than five games, pushing the Lightning to their limits before their talented core got them into the final.

They’re four wins from the Cup despite being without captain Steven Stamkos all postseason and missing top center Brayden Point for two games against the Islanders.