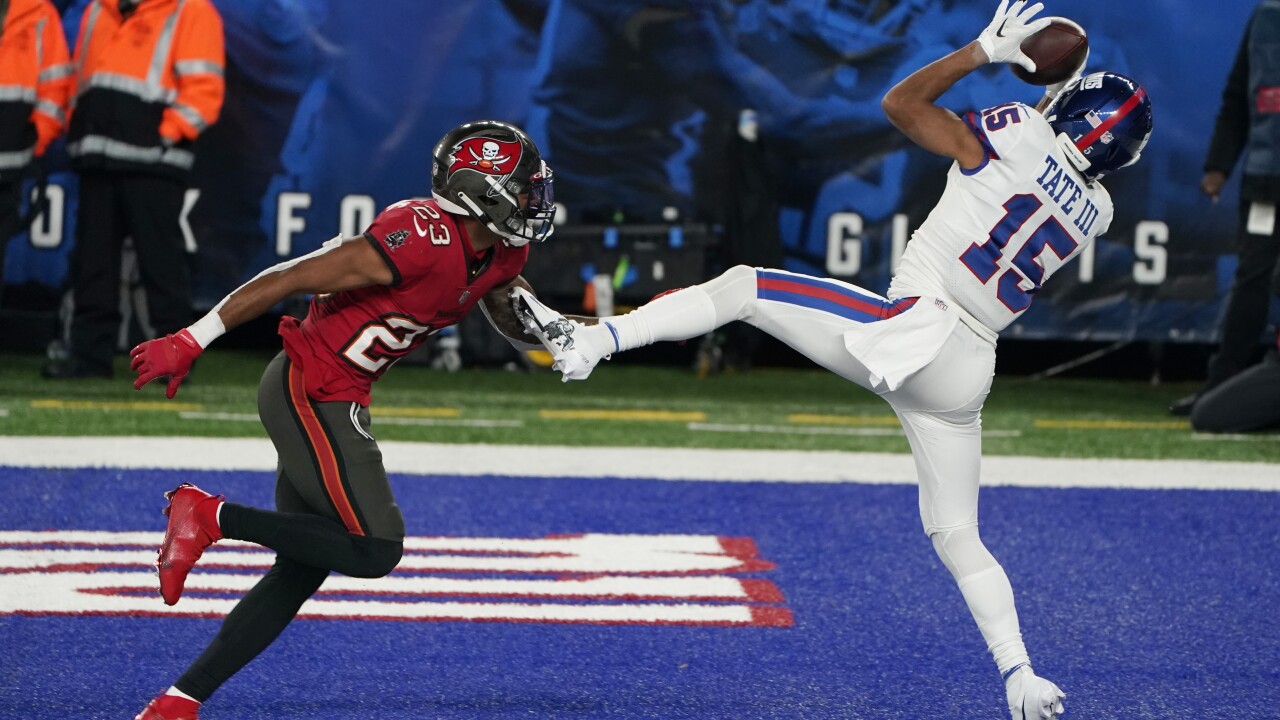 Tate said he “just got caught up in the moment” when he twice screamed “throw me the ball” into cameras during a loss to the Tampa Bay Buccaneers on Nov. 2.

Judge and Tate had a lengthy conversation earlier this week in hopes of moving on.

Tate says "I handled it the wrong way and brought negative attention to our organization. It was something that won’t happen again.”