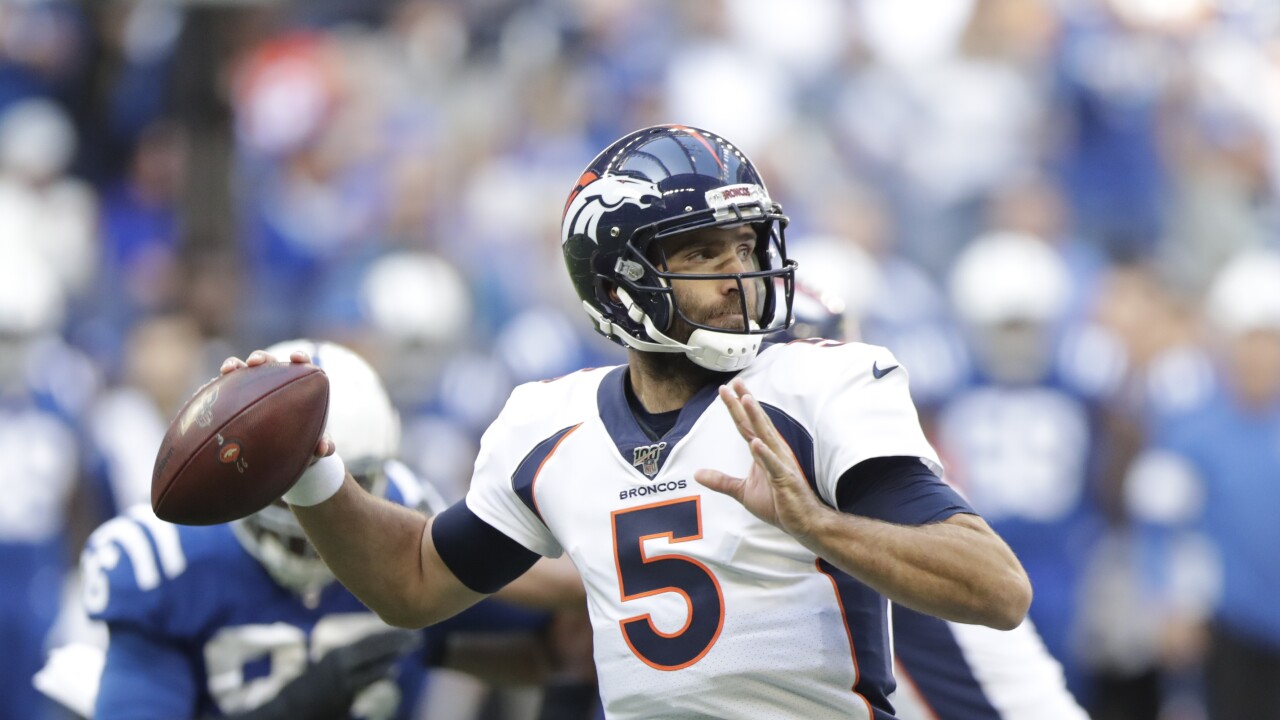 FLORHAM PARK, N.J. — The New York Jets may have the NFL's highest-profile backup QB in 2020.

The team signed former Super Bowl MVP winner Joe Flacco on a 1-year contract, as reported by ESPN and Flacco's agents. Flacco will be the backup to Sam Darnold as he enters his third season in the NFL.

The 2020 season will be Flacco's 13th in the league and comes after a difficult past two years in Baltimore, where he began and spent the first 11 years of his career, and then Denver, where he spent 2019. After starting just nine games for the Ravens in 2018, they traded him to the Broncos. Flacco started just eight in Denver last year.

Flacco won Super Bowl XLVII with Baltimore and was named the game's MVP. He's thrown for over 40,000 passing yards and 218 touchdowns. Flacco is a native of Camden County in New Jersey.