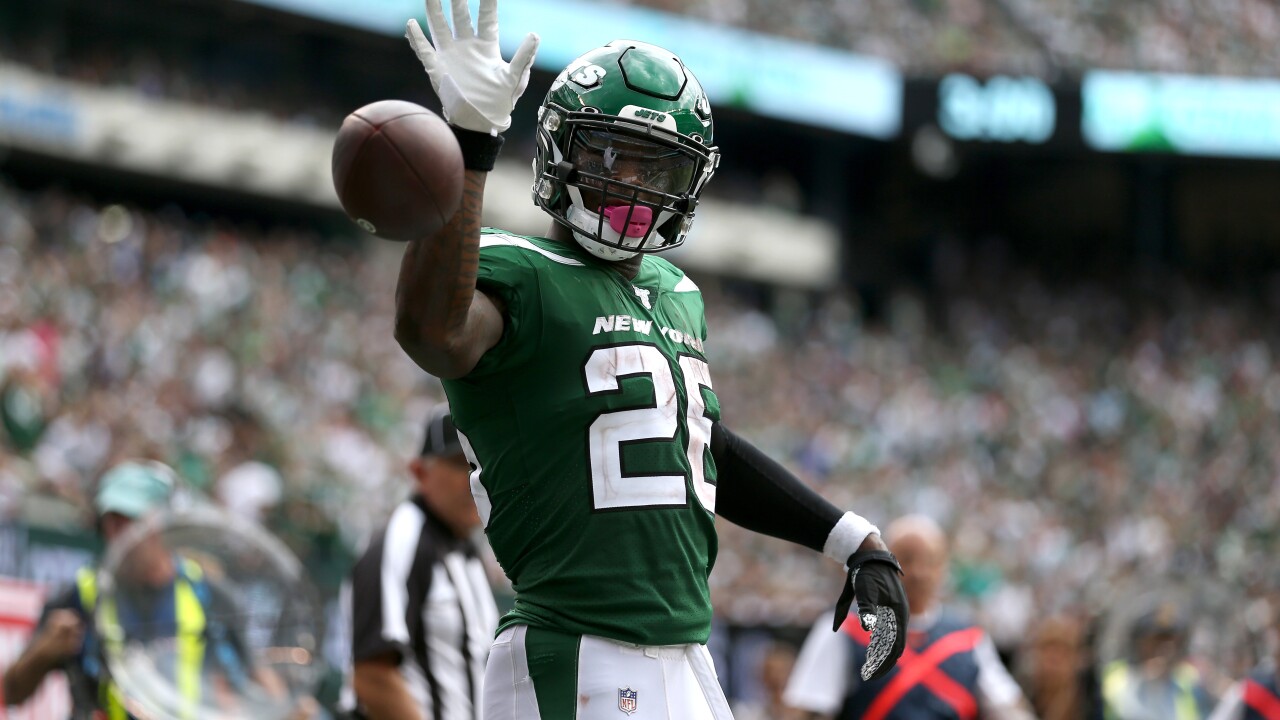 Michael Owens/Getty Images
EAST RUTHERFORD, NEW JERSEY - SEPTEMBER 08: Le'Veon Bell #26 of the New York Jets signals for a first down against the Buffalo Bills during the at MetLife Stadium on September 08, 2019 in East Rutherford, New Jersey. The Buffalo Bills defeated the New York Jets 17-16. (Photo by Michael Owens/Getty Images)

"After having conversations with Le'Veon and his agent and exploring potential trade options over the past couple of day, we have made the decision to release Le'Veon," GM Joe Douglas said. "The Jets organization appreciates Le'Veon's efforts during his time here and we know he worked hard to make significant contributions to the tem. We believe this decision is in the best interests of both parties and wish him future success."

For his part, Bell tweeted out an emoji of hands folded in prayer.

Bell joined the Jets in 2019 after five seasons with the Pittsburgh Steelers and a contract dispute that led him to hold out and not play at all in 2018. Bell rushed for just 789 yards and three touchdowns in 15 games in 2019, down from 1,291 yards and eight touchdowns in his last full season in 2017.