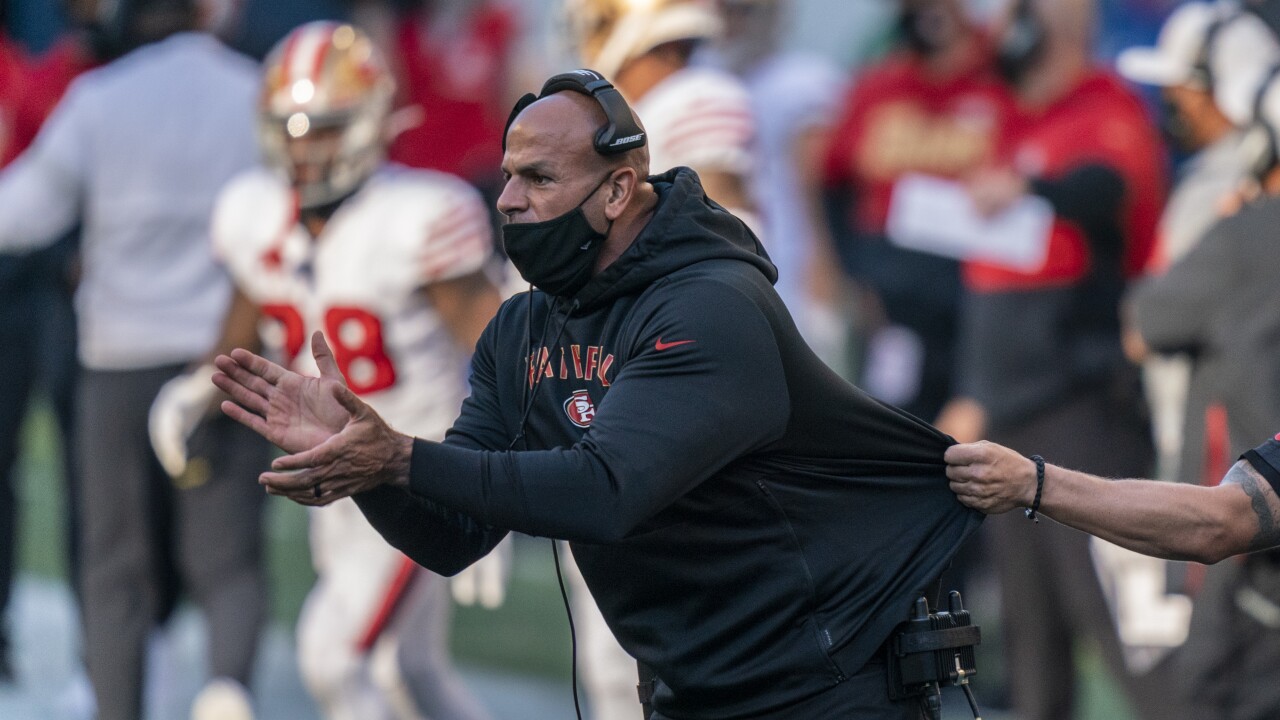 Stephen Brashear/AP
FILE - In this Nov. 1, 2020, file photo, San Francisco 49ers defensive coordinator Robert Saleh cheers on his team from the sideline during the first half of an NFL football game against the Seattle Seahawks in Seattle. One year ago, Saleh and Kansas City Chiefs offensive coordinator Eric Bieniemy missed out on the coaching carousel despite being coordinators of the two Super Bowl teams. The two figure to be near the top of many of the lists of possible head coaching candidates again this offseason when the NFL is hoping some new rules lead to more opportunities for minority coaches.(AP Photo/Stephen Brashear, File)

Saleh is one of the most popular candidates among the six teams looking for a new coach. Saleh has also spoken to Detroit and Atlanta.

The 41-year-old 49ers assistant is the third known candidate to meet virtually with the Jets.

The Jets fired Adam Gase last Sunday after he went 9-23 in two years, including 2-14 this season.