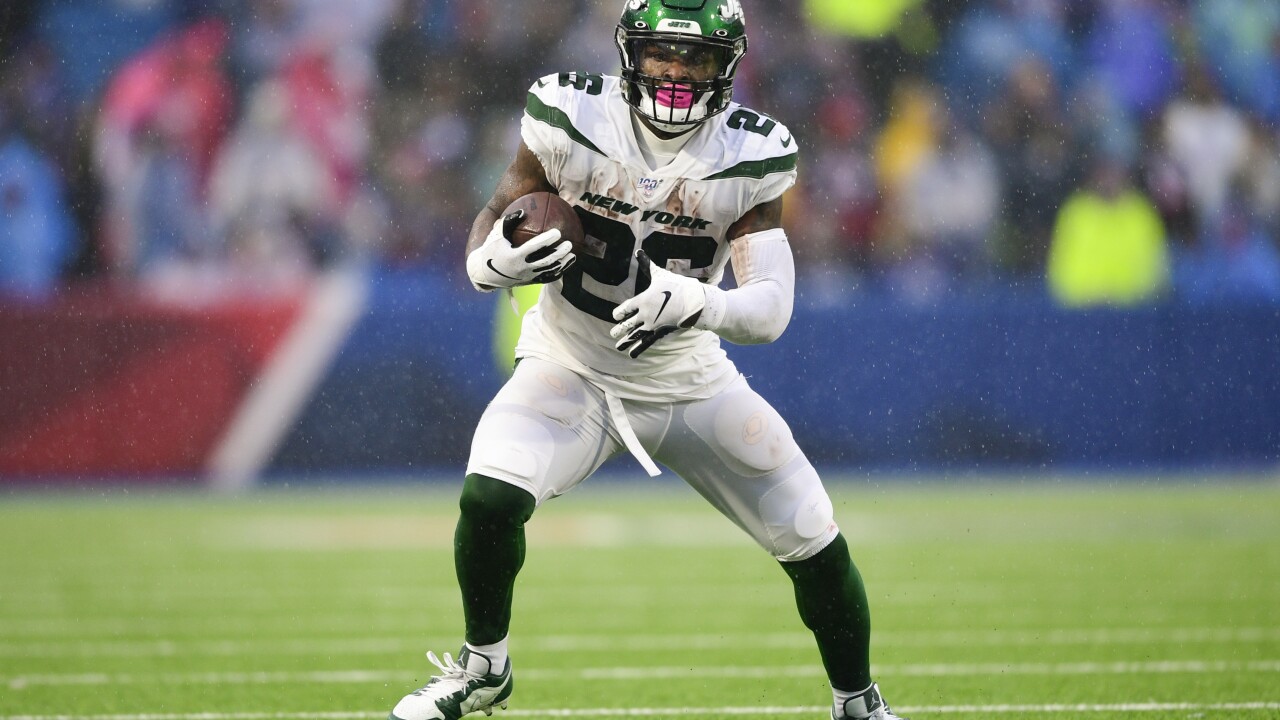 David Dermer/AP
File-This Dec. 29, 2019, file photo shows New York Jets running back Le'Veon Bell (26) during the first half of an NFL football game against the Buffalo Bills in Orchard Park, N.Y. The New York Jets have surprisingly released Bell, ending a disappointing tenure after less than two full seasons. The team issued a statement from general manager Joe Douglas on Tuesday, Oct. 13, 2020, in which he says the Jets made the move after having several conversations with Bell and his agent during the last few days and exploring trade options. (AP Photo/David Dermer, File)

FLORHAM PARK, N.J. — The New York Jets’ decision to move on from Le’Veon Bell was a stunner.

It also appeared inevitable for a while.

The star running back never seemed to truly mesh in Adam Gase’s offense during the past season-plus. And Bell made it clear he wasn’t thrilled with his role.

So his sudden release Tuesday night wasn’t completely a surprise. Gase said the team came to a consensus to release Bell now rather than try to swing a deal before the NFL's trade deadline in three weeks.

Gase said it was best that the sides part ways now.