Giants search for first win of 2020 against Washington 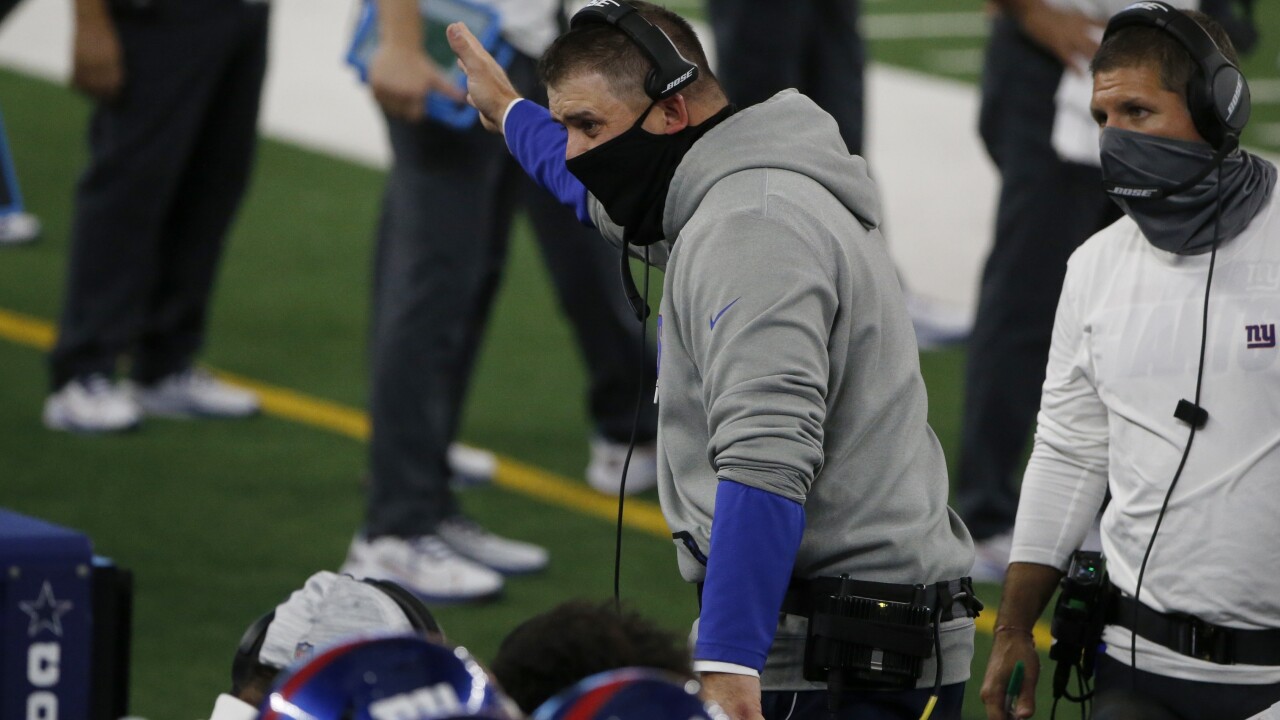 Michael Ainsworth/AP
New York Giants head coach Joe Judge talks to his team on the bench in the second half of an NFL football game against the Dallas Cowboys in Arlington, Texas, Sunday, Oct. 11, 2020. (AP Photo/Michael Ainsworth)

EAST RUTHERFORD, N.J. — New coaches, roster changes and even the deletion of a team nickname haven’t changed things on the field for the New York Giants and the Washington Football Team.

The long-time rivals are again bringing up the rear in a mediocre NFC East.

New York is looking for its first win under coach Joe Judge.

Washington has lost four straight since giving Ron Rivera a win in the season opener.