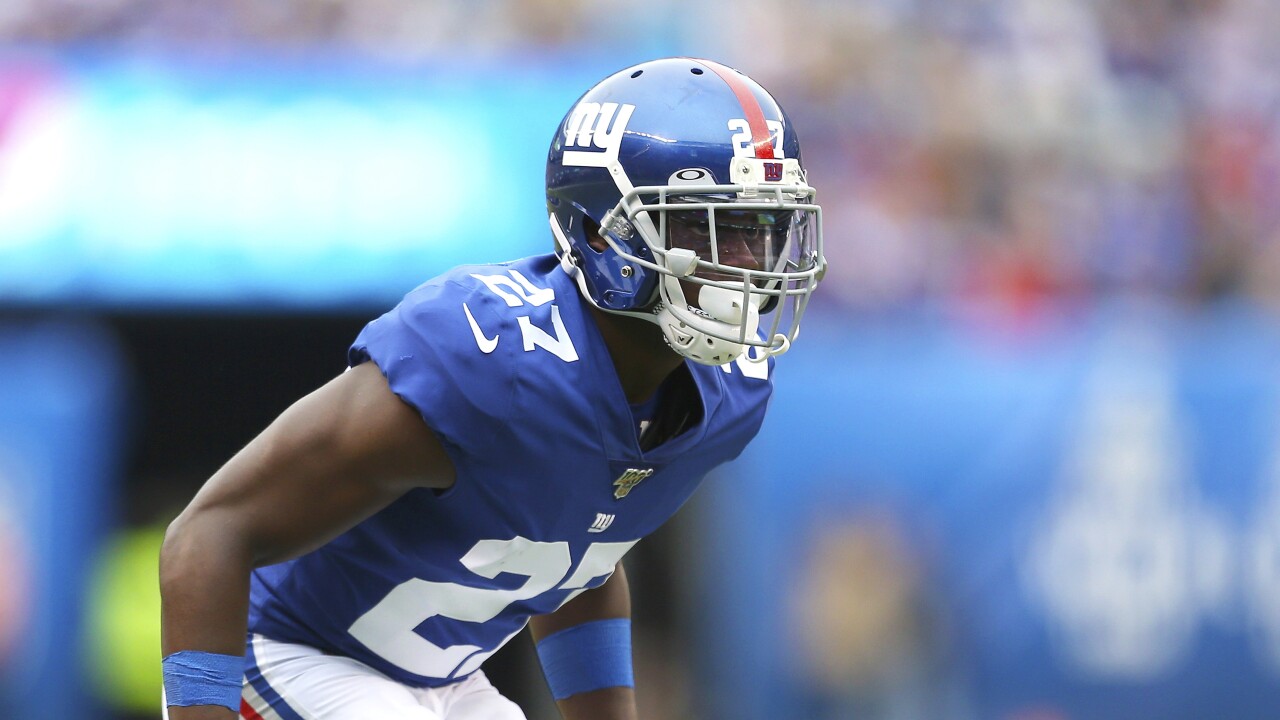 MIRAMAR, Fla. — New York Giants cornerback Deandre Baker has a warrant out for his arrest on an armed robbery charge, according to authorities in Florida.

The incident was reported in the early morning hours Thursday. The 22-year-old Baker ordered a masked assailant to shoot an unidentified person as they entered the room, authorities said. The assailant also took $800 and an $18,000 Rolex at Baker’s direction, and $7,000 and a $25,000 Hublot watch

Baker is alleged to have ordered one person to give him all of his money and left with $600 and a $600 watch.

One of the victims told police they feared for their lives as the Florida native pointed a gun at him. No one was shot during the incident.

All of the assailants left in three different vehicles. One of the victims believe the robbery was pre-meditated given how the vehicles were positioned for the men to leave.

A detective with the Miramar police has attempted to call Baker but was refused and had the call terminated.

Baker, entering his third season with the Giants, had just signed a 4-year, $10.5 million contract in the offseason.