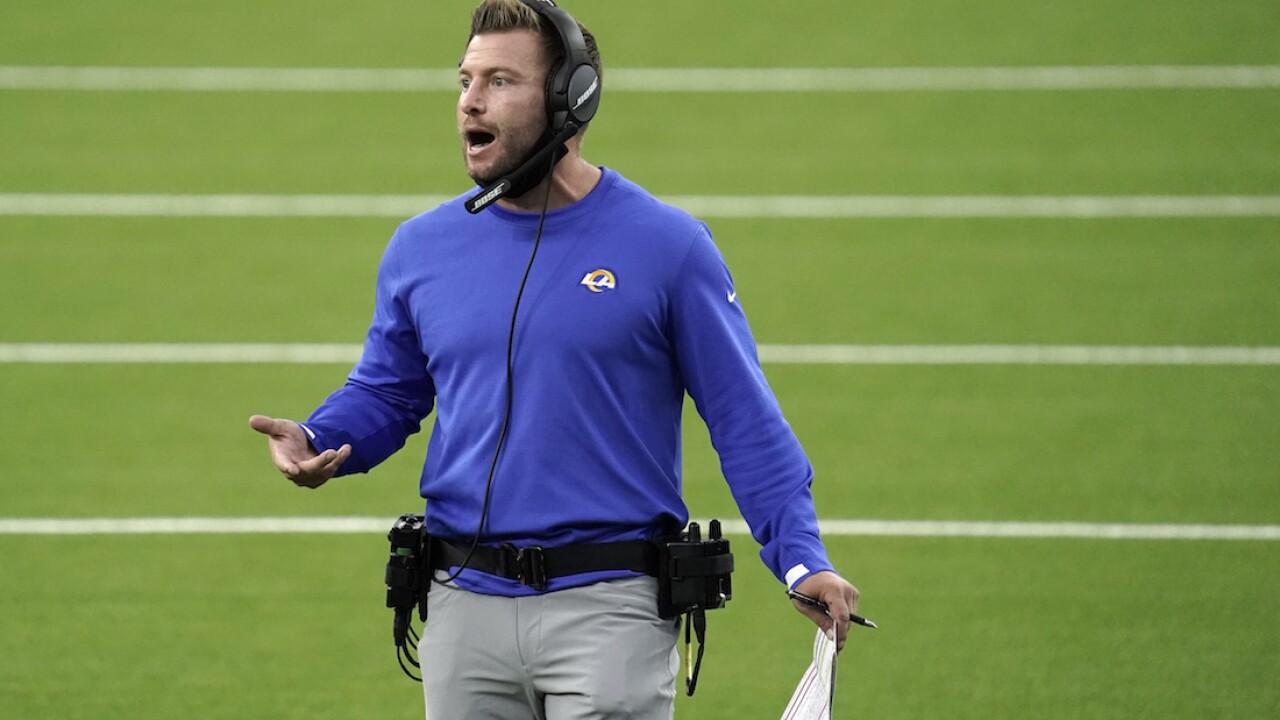 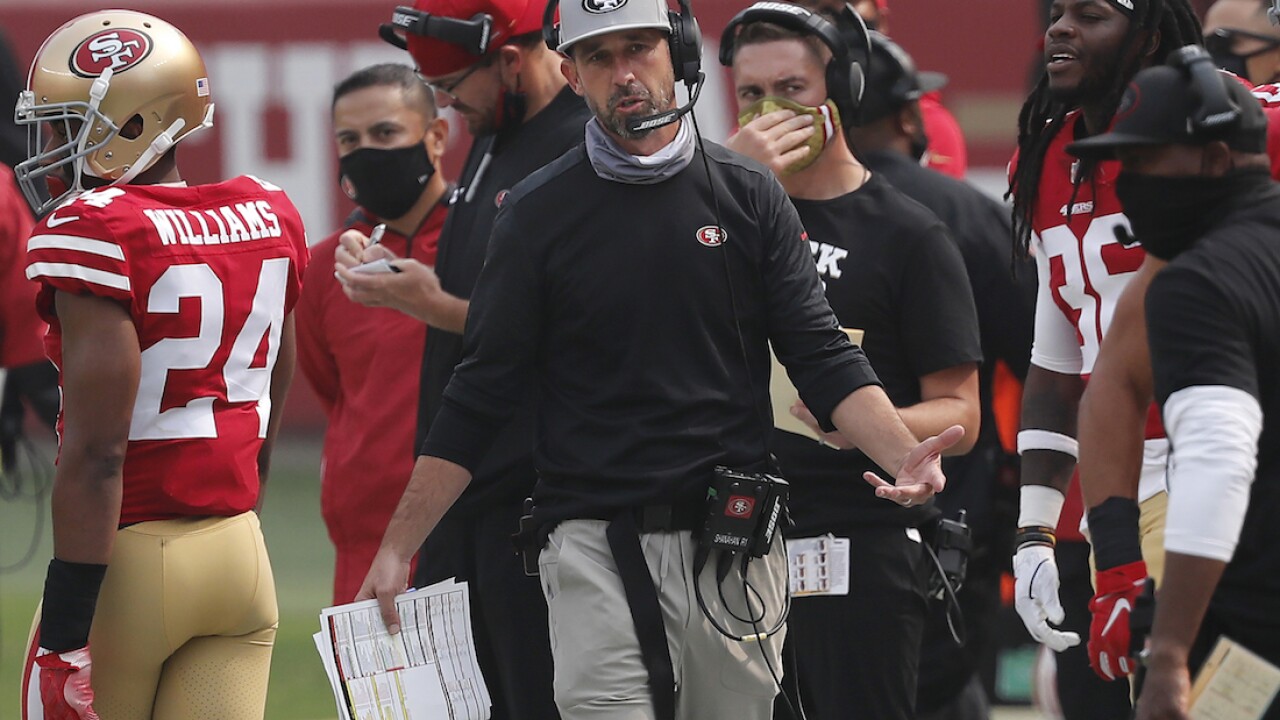 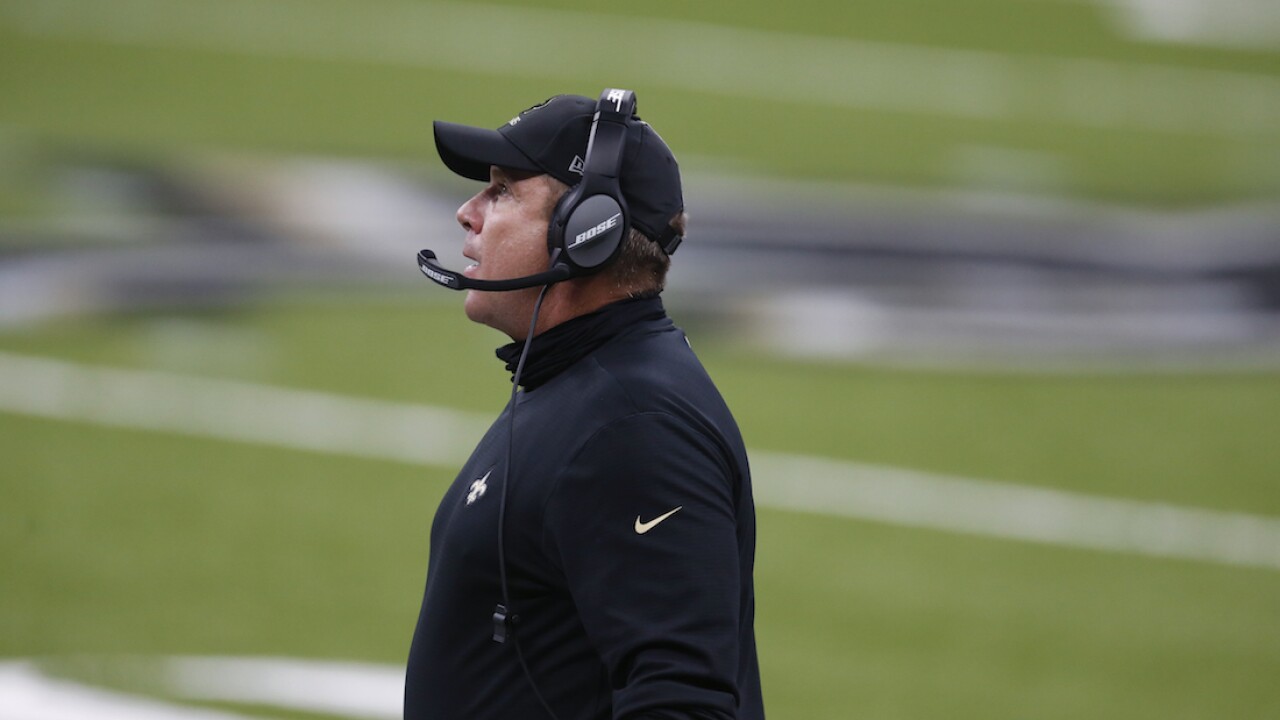 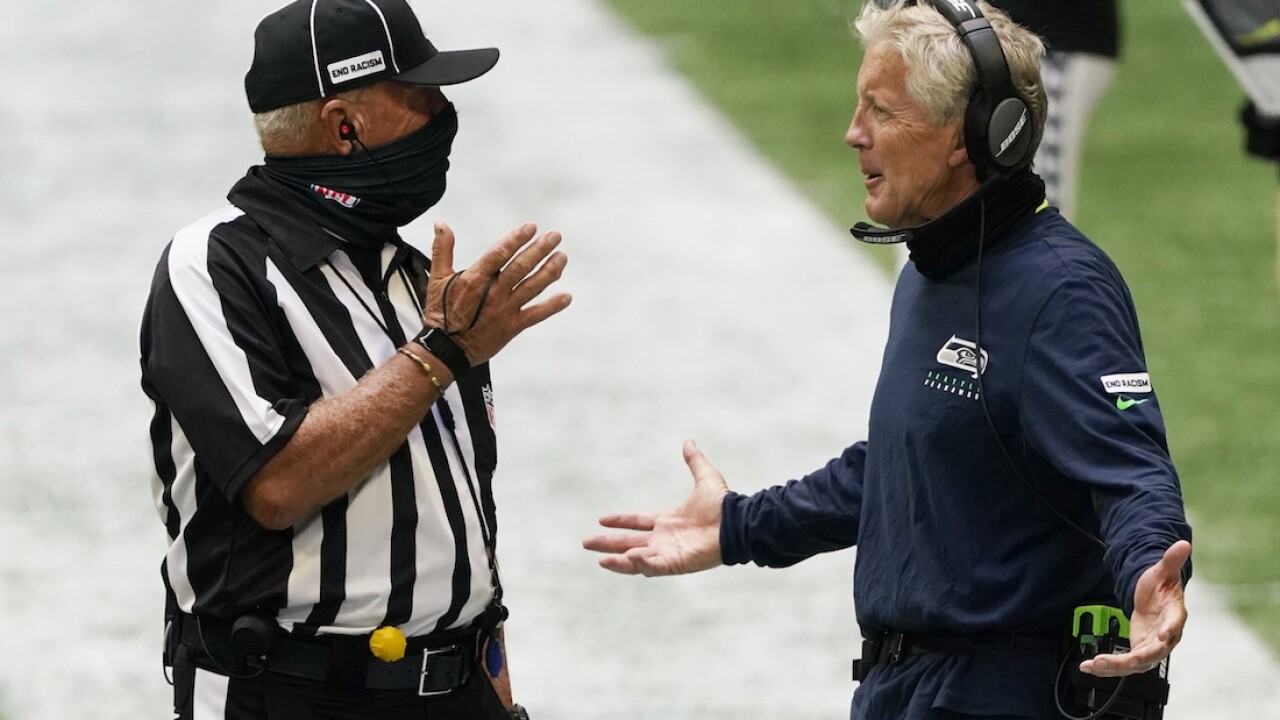 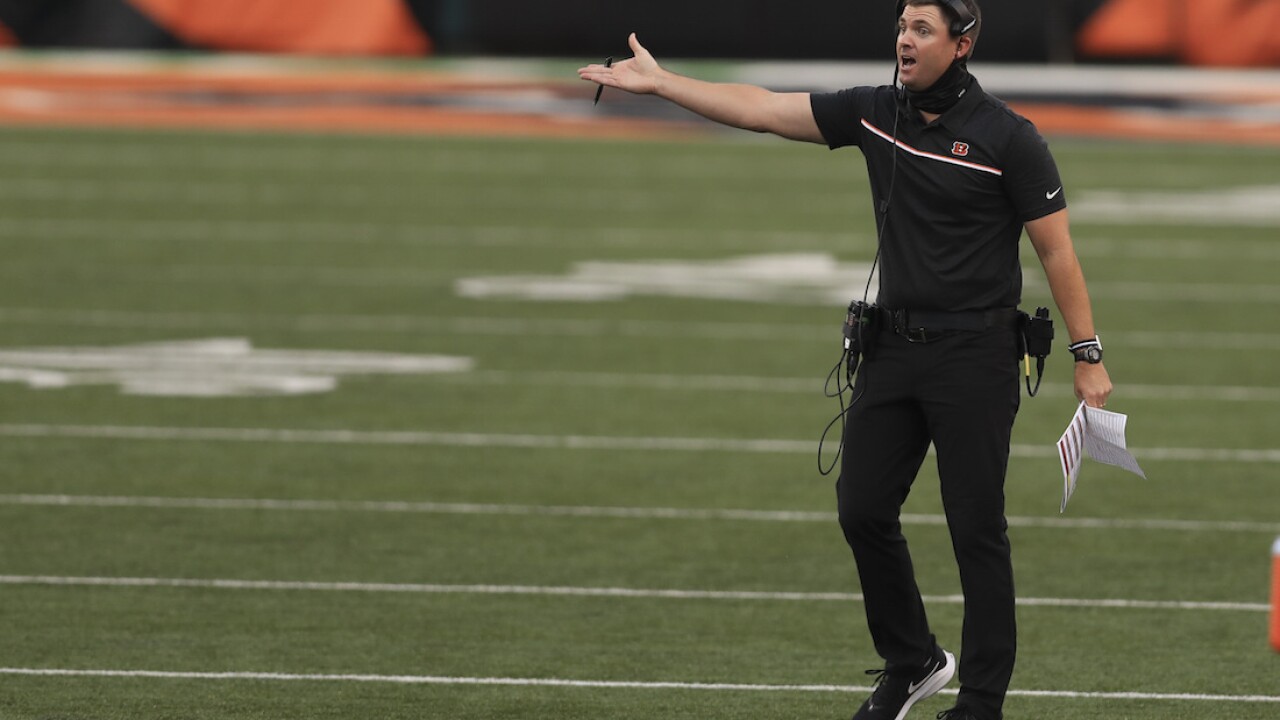 The NFL is reminding team personnel on the sidelines about the rules for wearing face coverings.

There were several games Sunday in which team members other than players were not using them.

He sent a memo to the 32 clubs on Monday saying teams "must remain vigilant" about following protocols set not only by the league, union, and clubs but by state and local governments.

Otherwise, he says, the season could be "at risk."

"We must remain vigilant and disciplined in following the processes and protocols put in place by not only the league, union, and clubs, but also by state and local governments," Vincent wrote in the memo. "The NFL-NFLPA Game Day Protocol, which reflects the advice of infectious disease experts, club medical staff, and local and state governmental regulations requires all individuals with bench area access (including coaches and members of the club medical staff) to wear face coverings at all times."

"Failure to adhere to this requirement will result in accountability measures being imposed against offending individuals and/or clubs," Vincent said in the memo. "The face-covering must be worn as designed so that it securely fits across the wearer's nose and mouth to prevent the transmission of the virus."