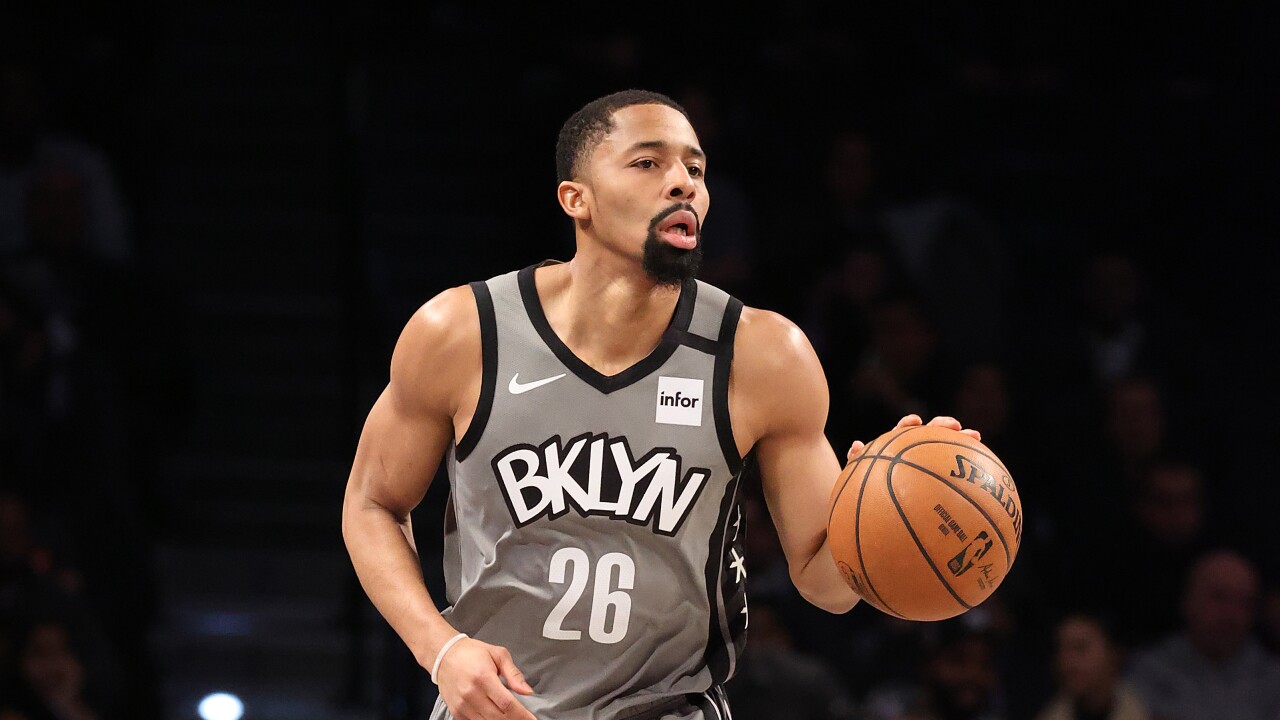 Al Bello/Getty Images
NEW YORK, NEW YORK - JANUARY 29: Spencer Dinwiddie #26 of the Brooklyn Nets in action against the Detroit Pistons during their game at Barclays Center on January 29, 2020 in New York City. NOTE TO USER: User expressly acknowledges and agrees that, by downloading and/or using this photograph, user is consenting to the terms and conditions of the Getty Images License Agreement. (Photo by Al Bello/Getty Images)

Caris LeVert scored 23 points and the Nets gave D'Angelo Russell a bruising welcome back to Brooklyn with a 129-88 rout of the Golden State Warriors.

On the eve of the NBA's trade deadline, the Warriors held out Glenn Robinson III and Alec Burks, who had been two of their most productive players lately.

The guys who did play were run off the floor, falling behind 20-4, missing 20 of their 22 3-point attempts in the first half and trailing by as many as 44 points.