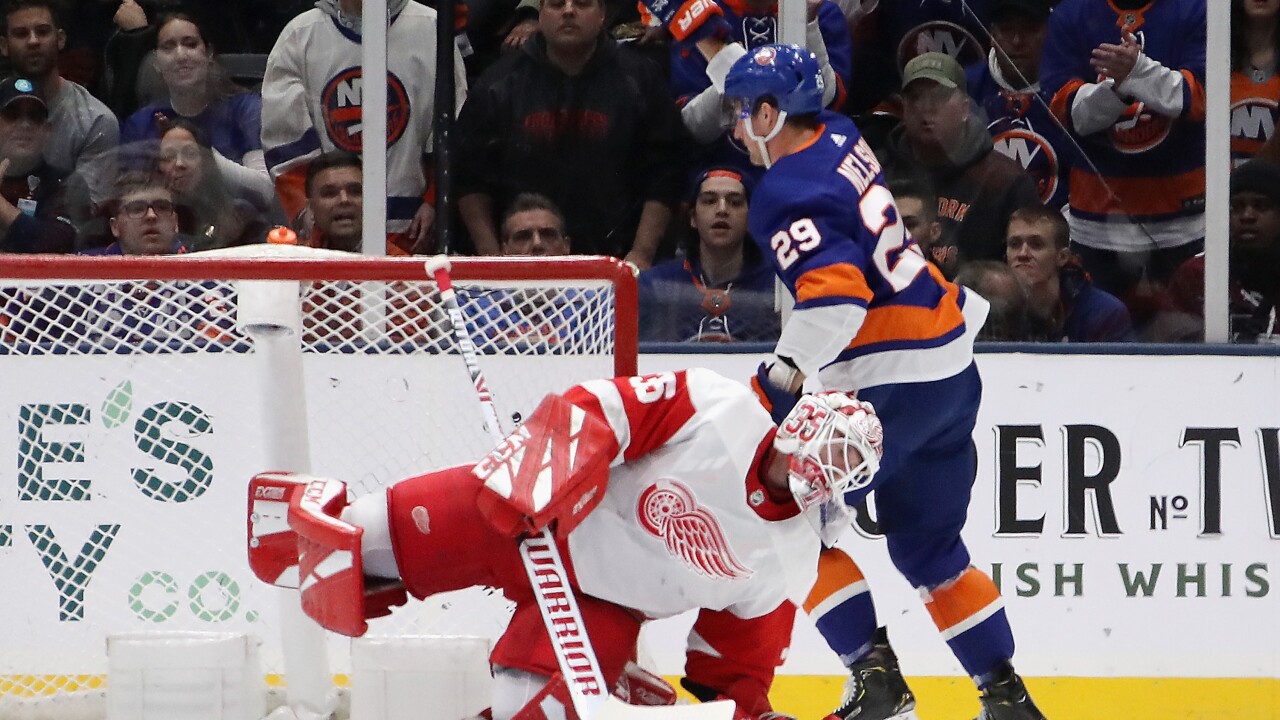 New York scored three times in the first eight minutes, a rousing response after a lopsided road loss to the crosstown Rangers a night earlier.

The league-worst Red Wings were out of it early, and Thomas Greiss made 34 saves to back the Islanders.