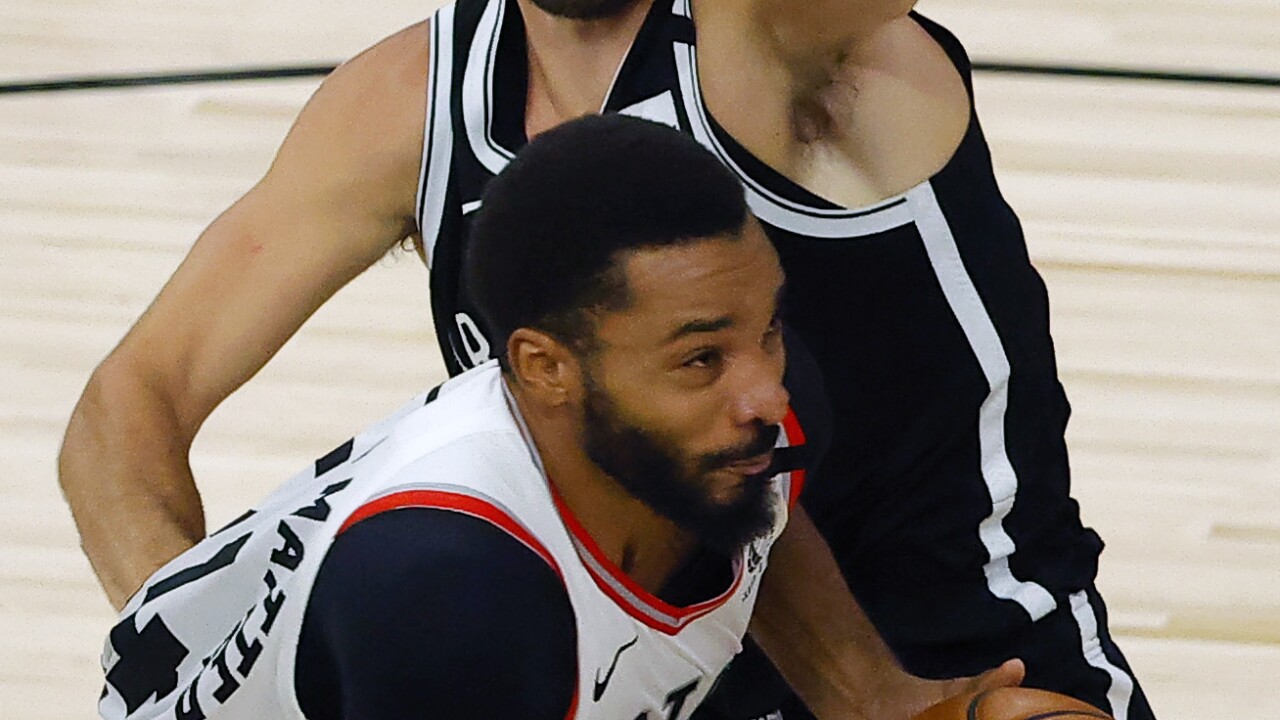 Kevin C. Cox/AP
Norman Powell of the Toronto Raptors drives to the basket against Joe Harris of the Brooklyn Nets during the fourth quarter of Game 2 of an NBA basketball first-round playoff series, Wednesday, Aug. 19, 2020, in Lake Buena Vista, Fla. (Kevin C. Cox/Pool Photo via AP)

LAKE BUENA VISTA, Fla. — Fred VanVleet had 24 points and 10 assists, Norman Powell had a big game off the bench with 24 points and the defending NBA champion Toronto Raptors held on to defeat the Brooklyn Nets 104-99 on Wednesday to take a 2-0 lead in the first round playoff series.

Kyle Lowry had 21 points, nine rebounds and a big forced turnover in the closing seconds, and Pascal Siakam added 19 points for the second-seeded Raptors.

The Nets were led by Garrett Temple’s 21 points. Game 3 is Friday night.