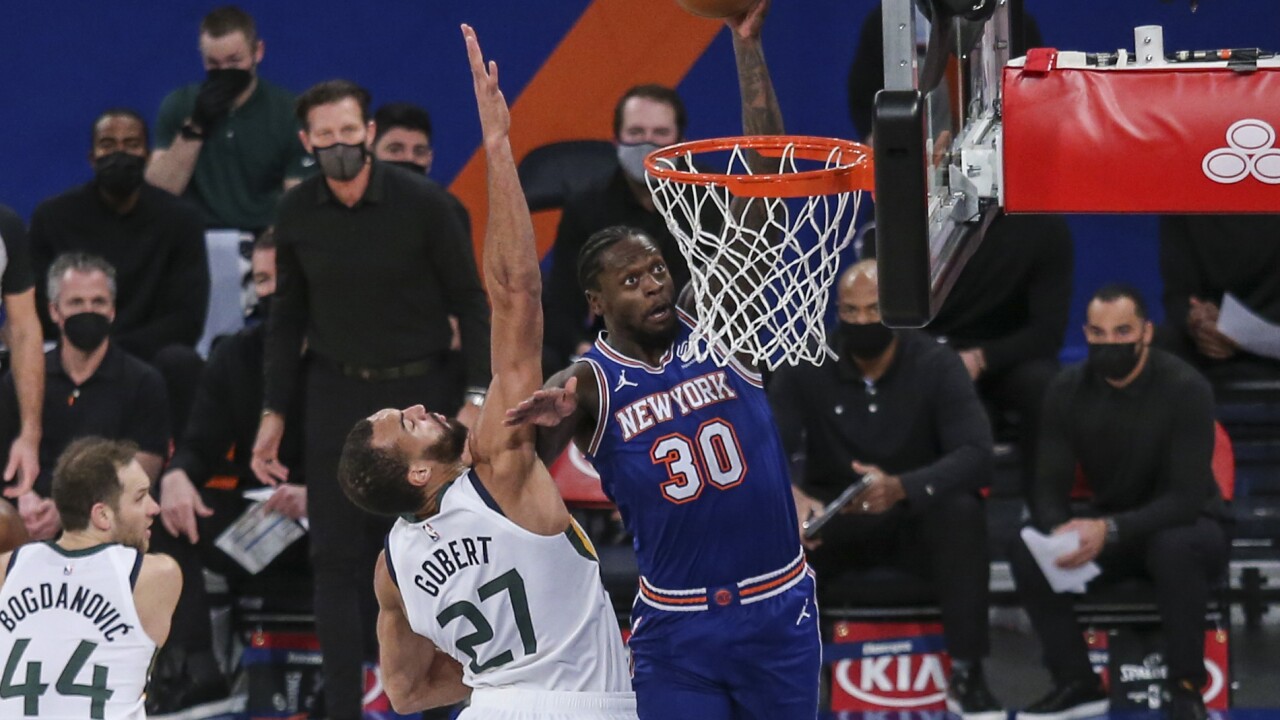 MANHATTAN — Austin Rivers scored 23 points, including 14 straight for the Knicks down the stretch, and Julius Randle had 30 points, 16 rebounds and seven assists as New York won its third straight by beating the Utah Jazz 112-100.

The Knicks trailed by 18 in the first half but outplayed the Jazz in the second and won for the fifth time in six games.

Rivers made four 3-pointers in the final 4:17. Jordan Clarkson scored 19 points and Donovan Mitchell had 18 for the Jazz, who were swept in a back-to-back set of games in New York.

The Brooklyn Nets routed them 130-96 on Tuesday.