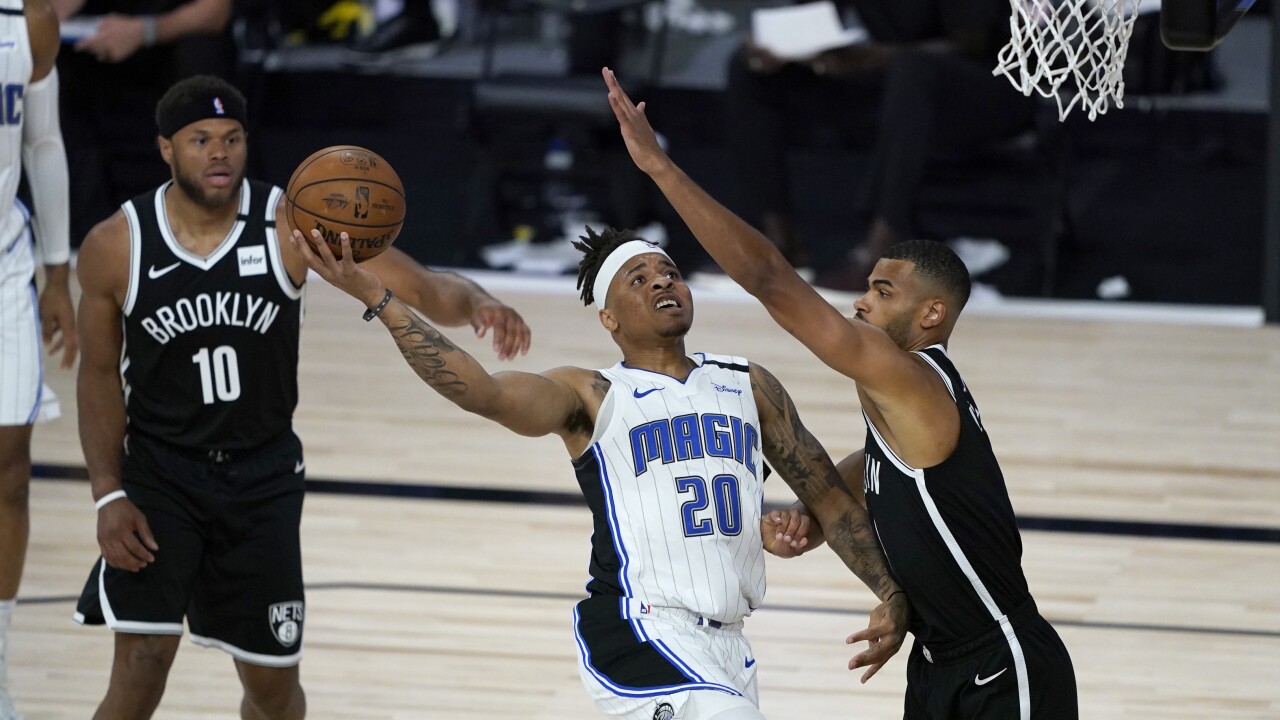 ORLANDO, Fla. — Evan Fournier scored 24 points, Nikola Vucevic had 22 and the Orlando Magic picked up where they left off before the NBA season was suspended, routing the Brooklyn Nets 128-118 in their first game of the restart.

Playing as the designated road team not far from their arena, the Magic looked right at home at Disney.

They extended their winning streak to four and moved back ahead of the Nets into seventh place in the Eastern Conference.

Players and coaches from both teams knelt during the national anthem except for Orlando’s Jonathan Isaac, who was also the only player not wearing a Black Lives Matter warmup shirt.