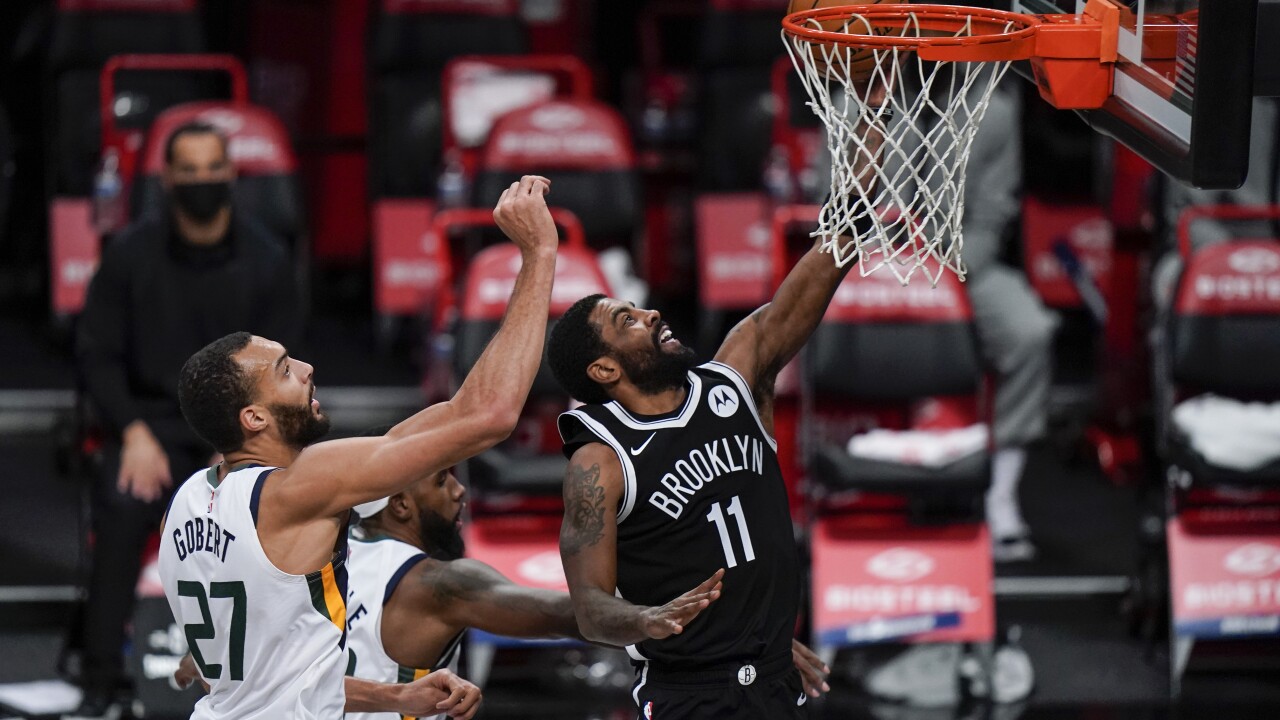 BROOKLYN — Kyrie Irving scored 20 of his 29 points in the first half to lead the undermanned Brooklyn Nets to a 130-96 win over the Utah Jazz.

Brooklyn, which entered the game having lost two straight and four of five, never trailed.

Brooklyn’s 19-point halftime lead was its biggest in about 10 months.