Durant scores 34, Nets charge back from 18 down, top Nuggets 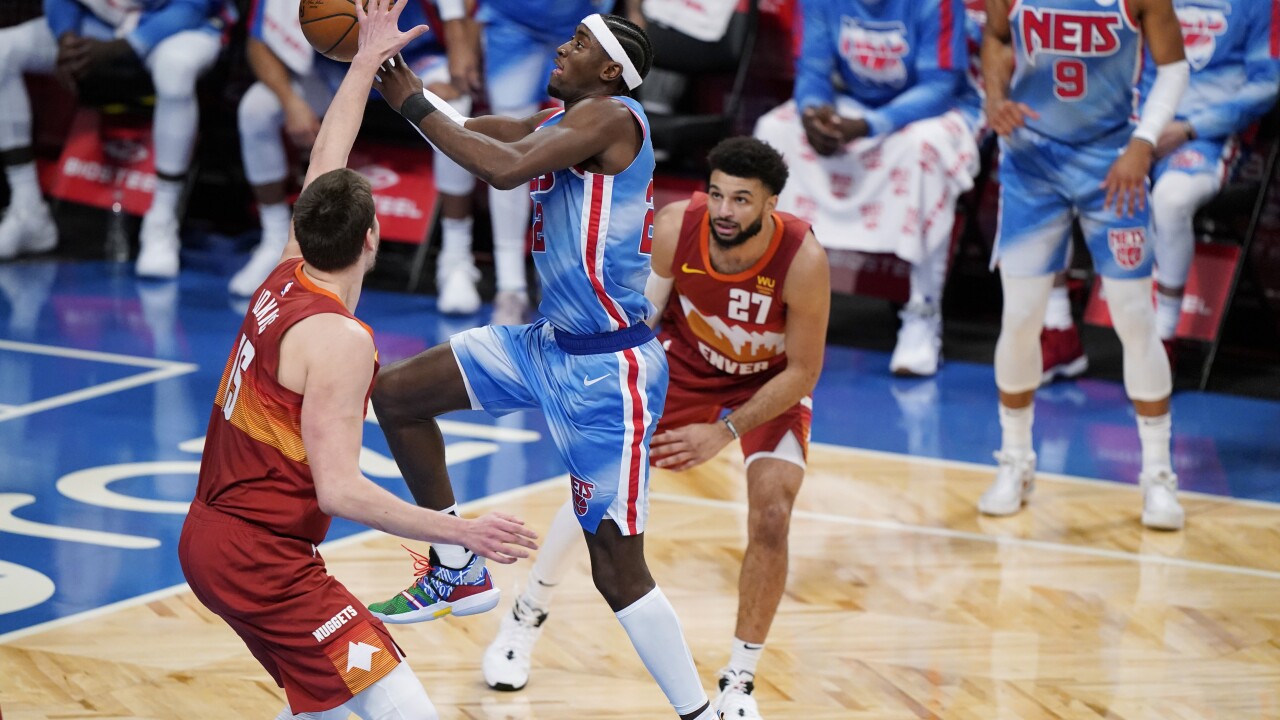 BROOKLYN — Kevin Durant had 34 points, 13 assists and nine rebounds, Bruce Brown made a huge contribution while starting for the absent Kyrie Irving, and the Brooklyn Nets rallied from 18 down to beat the Denver Nuggets 122-116.

Brown scored 16 points, including the tying and go-ahead baskets down the stretch.

Durant followed with Brooklyn’s next six points, including a 3-pointer that essentially put it away at 120-113 with 27 seconds to play.

Nikola Jokic had 23 points, 11 assists and eight rebounds for the Nuggets, who were trying to sweep a three-game road trip.