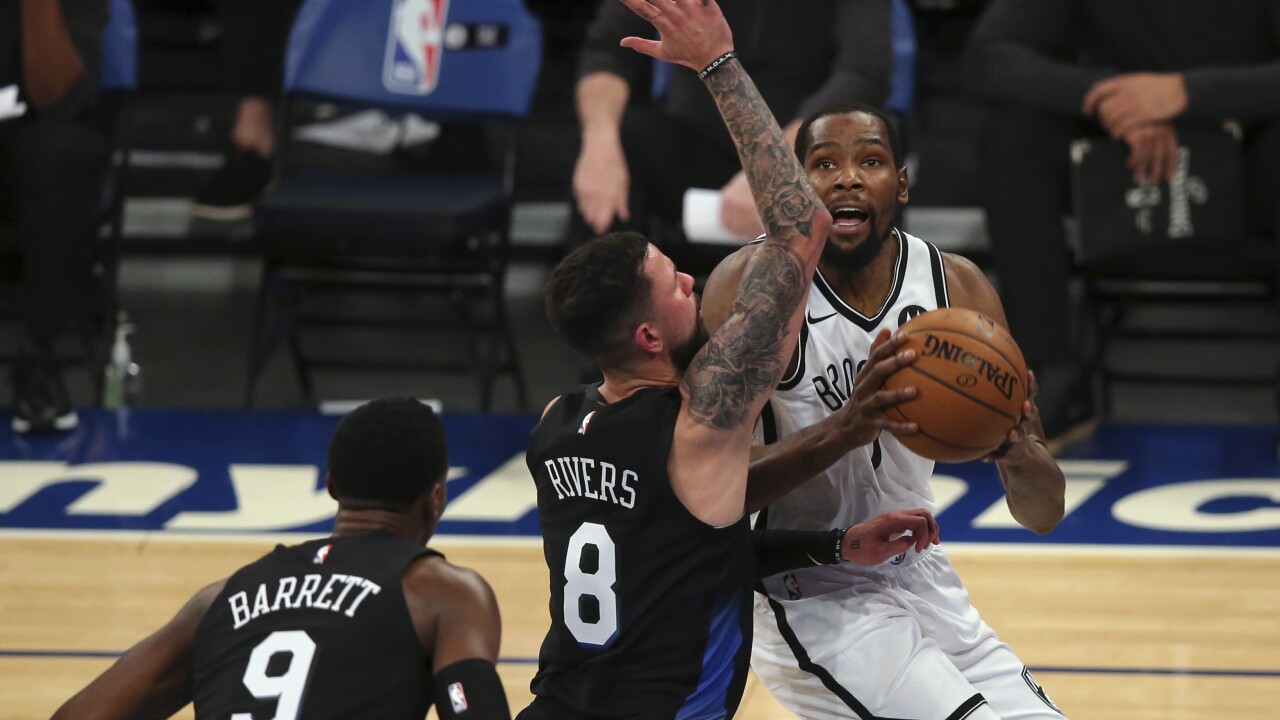 MANHATTAN — Kevin Durant scored 26 points as the solo superstar before soon centering a Big Three, leading the Brooklyn Nets, short-handed after agreeing to a trade for James Harden, to a 116-109 victory over the New York Knicks.

Durant was already scheduled to play on both nights of a back-to-back for the first time since surgery to repair his Achilles tendon.

He maybe had to do a little more than planned after the Nets shook up their roster earlier in the day with a four-team blockbuster highlighted by the acquisition of Harden, the three-time NBA scoring champion.