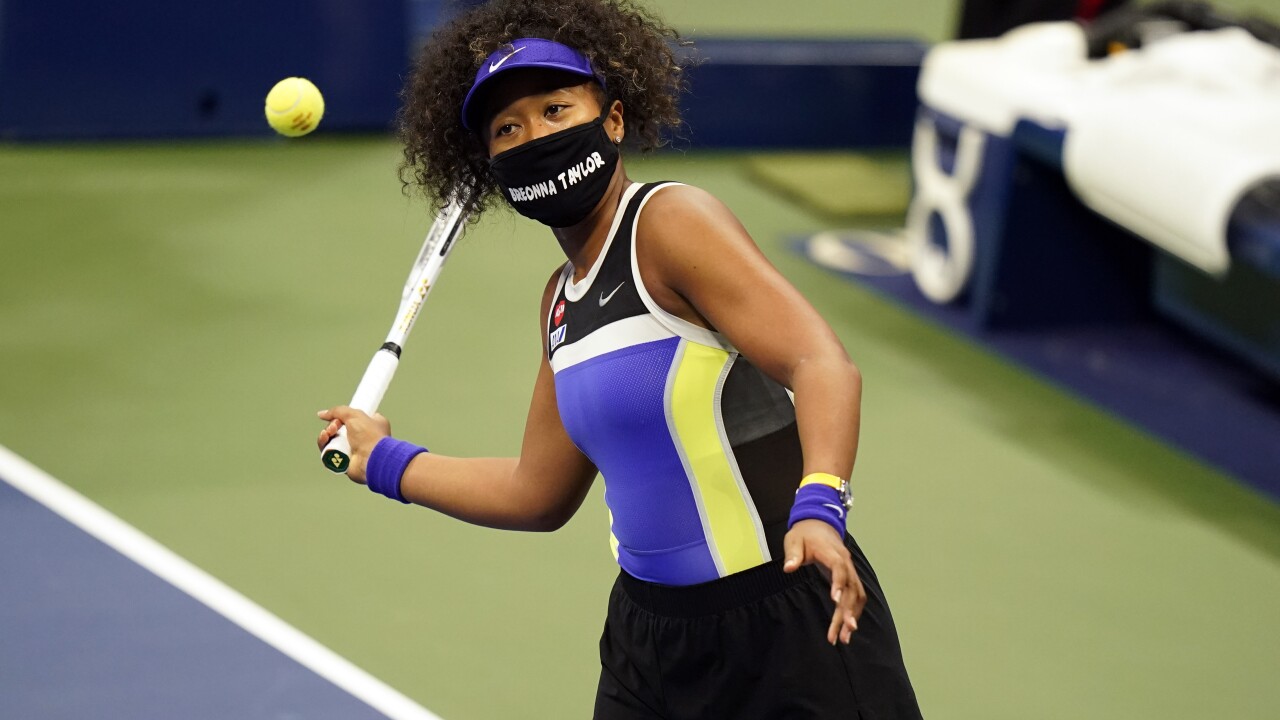 (Copyright 2020 The Associated Press. All rights reserved. This material may not be published, broadcast, rewritten or redistributed.)
AP Photo/Frank Franklin II
Naomi Osaka, of Japan, wears a mask in honor of Breonna Taylor as she celebrates after defeating Misaki Doi, of Japan, during the first round of the US Open tennis championships, Monday, Aug. 31, 2020, in New York.

NEW YORK — Naomi Osaka wore a mask bearing the name of police shooting victim Breonna Taylor before and after a first-round victory at the U.S. Open.

Osaka says it is just one of seven face coverings she brought to Flushing Meadows, each in honor of a different person.

The world’s highest-earning female athlete hopes she can get the chance to raise awareness about racial injustice by using each mask during her stay in New York.

She overcame some uneven play late Monday night to beat 81st-ranked Misaki Doi 6-2, 5-7, 6-2 in an all-Japanese matchup in an empty Arthur Ashe Stadium.