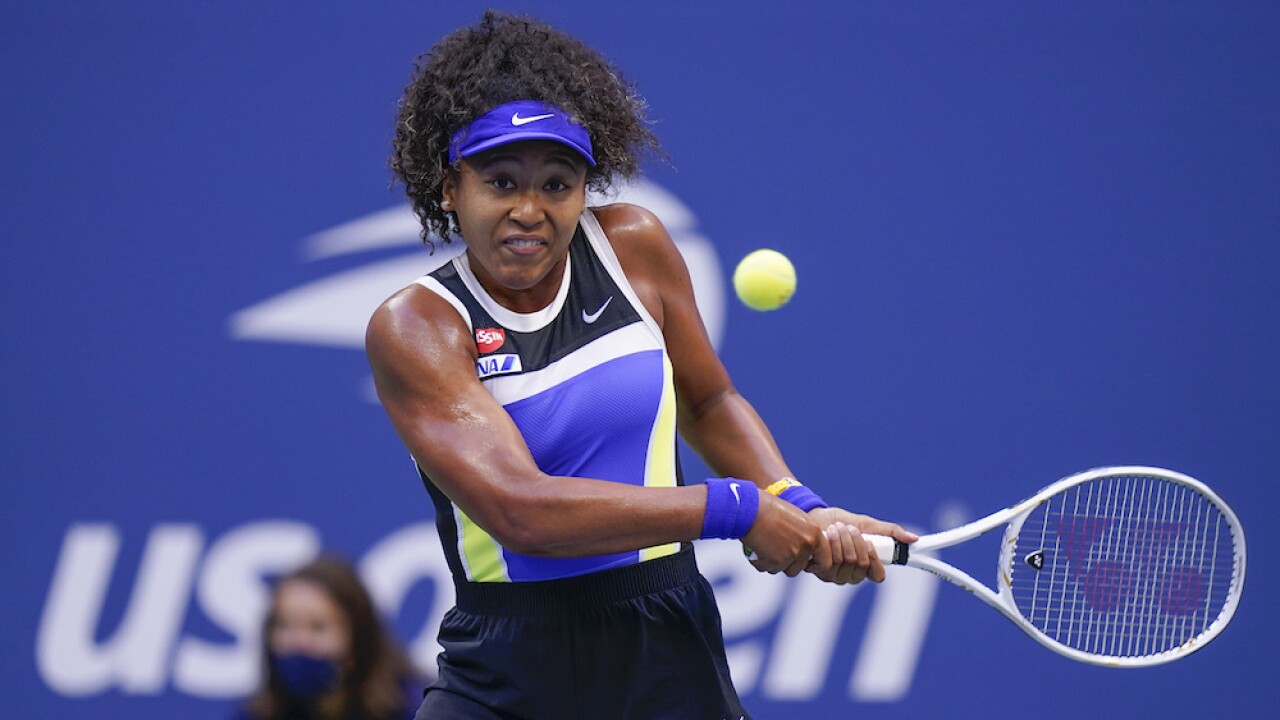 Copyright 2020 The Associated Press. All rights reserved.
Seth Wenig/AP
Naomi Osaka, of Japan, returns a shot to Victoria Azarenka, of Belarus, during the women's singles final of the US Open tennis championships, Saturday, Sept. 12, 2020, in New York. (AP Photo/Seth Wenig)

FLUSHING, Queens — Naomi Osaka has won her second U.S. Open championship and third Grand Slam title overall by coming back to beat Victoria Azarenka in three sets in the final at Flushing Meadows.

The 22-year-old was born in Japan and now is based in the United States.

The final was played at a nearly empty and mostly silent Arthur Ashe Stadium, a facility with more than 23,000 seats.

Fans were banned from the U.S. Open this year because of the coronavirus pandemic, although some tournament workers did dot the stands Saturday.