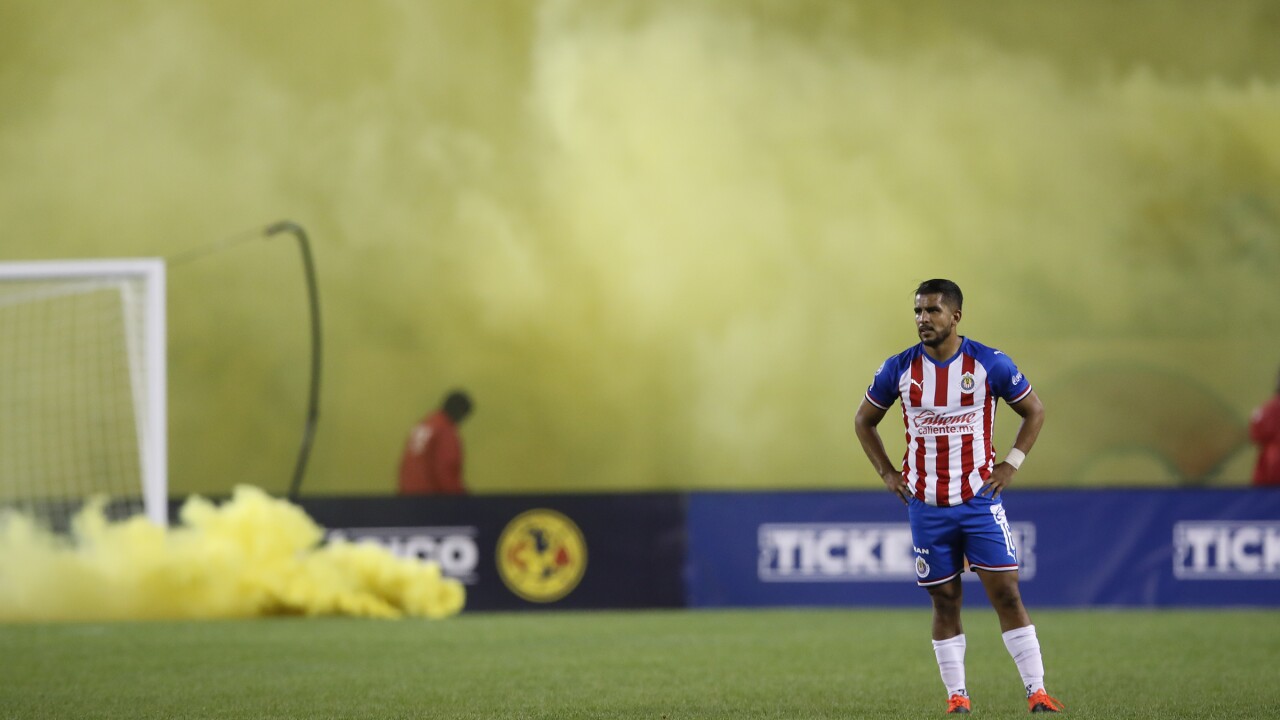 Jim Young/AP
Chivas de Guadalajara's Miguel Ponce looks as smoke grenades burn in the background on during the second half of the Super Clasico soccer against Club America match Sunday, Sept. 8, 2019, in Chicago. (AP Photo/Jim Young)

The Mexican soccer league announced that the rest of its matches this weekend will be played with no fans, a day after starting the weekend with two games in which fans were in attendance.

While other leagues around the world suspended play, Liga MX insisted on going forward with its matches. Until now, the only change was banning pre-match handshakes due to the new coronavirus.

But Mexico’s first division reversed course and decided to play in empty stadiums after consulting with the government.

The headliner match of the weekend is a Mexico City derby at Estadio Azteca between league leader Cruz Azul and third-place Club America. Attendance was expected to be around 60,000.

Mexico played some matches in empty stadiums during the 2009 outbreak of the H1N1 flu.