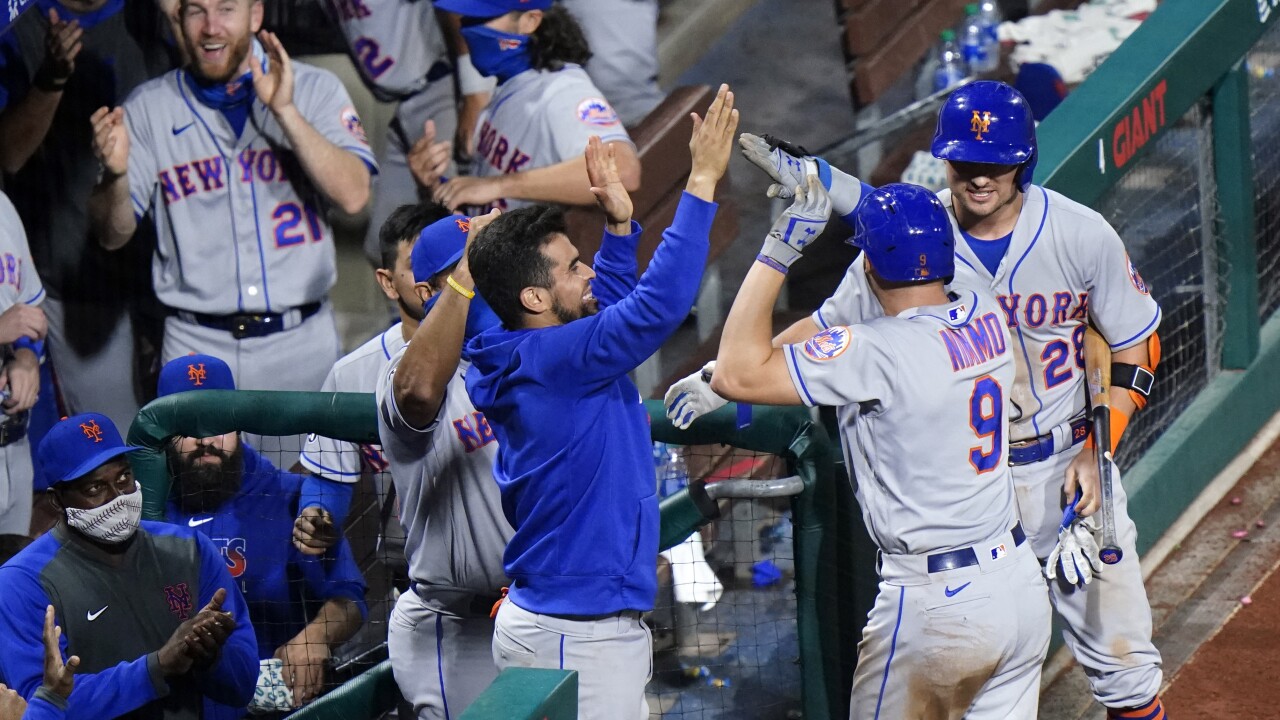 (Copyright 2020 The Associated Press. All rights reserved. This material may not be published, broadcast, rewritten or redistributed.)
Matt Slocum/AP
New York Mets' Brandon Nimmo (9) celebrates with teammates after hitting a home run off Philadelphia Phillies pitcher Brandon Workman during the ninth inning of a baseball game, Thursday, Sept. 17, 2020, in Philadelphia.

PHILADELPHIA — Brandon Nimmo hit a two-RBI tying triple in the sixth inning and hit the go-ahead solo homer in the ninth to lead the New York Mets to a 10-6 win over the Philadelphia Phillies.

Nimmo’s eighth homer of the year landed in the right field seats off reliever Brandon Workman for a 7-6 lead. It was the latest big hit against the beleaguered Phillies bullpen.

Dominic Smith added an RBI triple and Robinson Cano hit a two-run shot in the ninth.