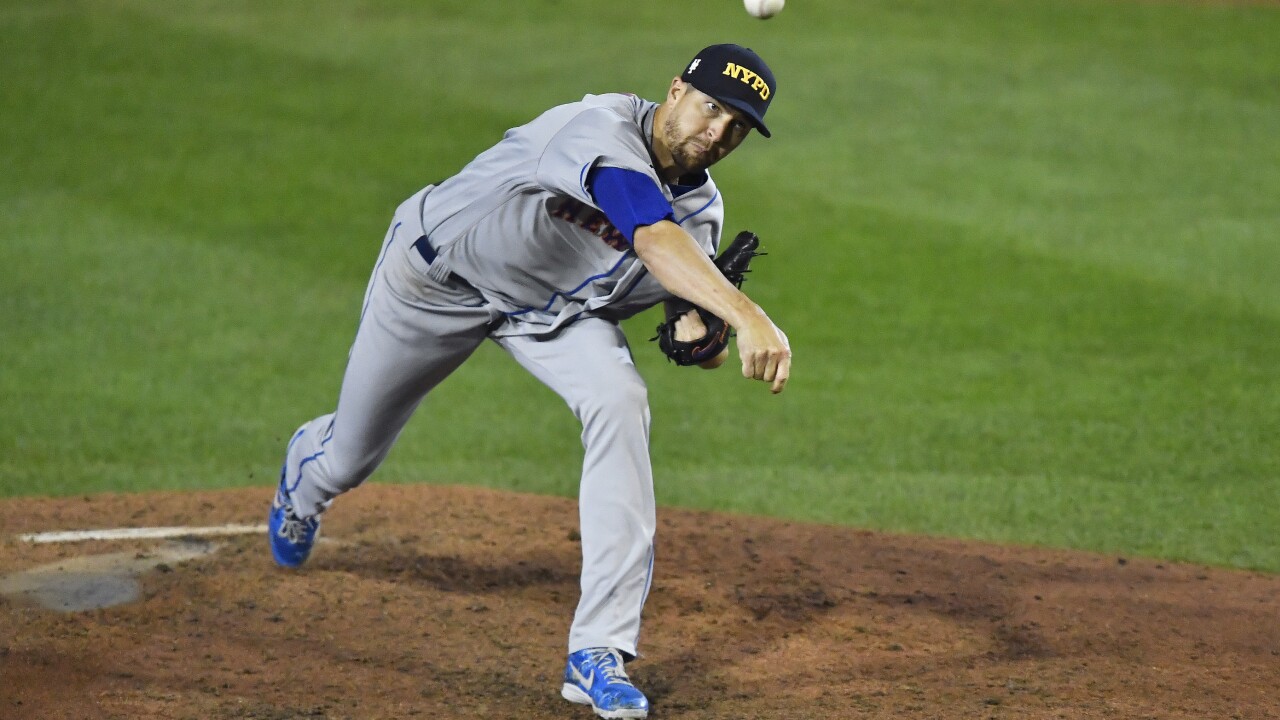 BUFFALO — Jacob deGrom, wearing an NYPD cap in honor of first responders on the 19th anniversary of the 9/11 terrorist attacks, pitched six strong innings and the New York Mets backed him in a big way, beating the Toronto Blue Jays 18-1.

DeGrom struck out nine and held the Blue Jays to three hits and a first-inning run.

It was his 13th straight start allowing no more than two earned runs.

Dominic Smith hit his first career grand slam and Wilson Ramos had a three-run double in a 10-run fourth inning.