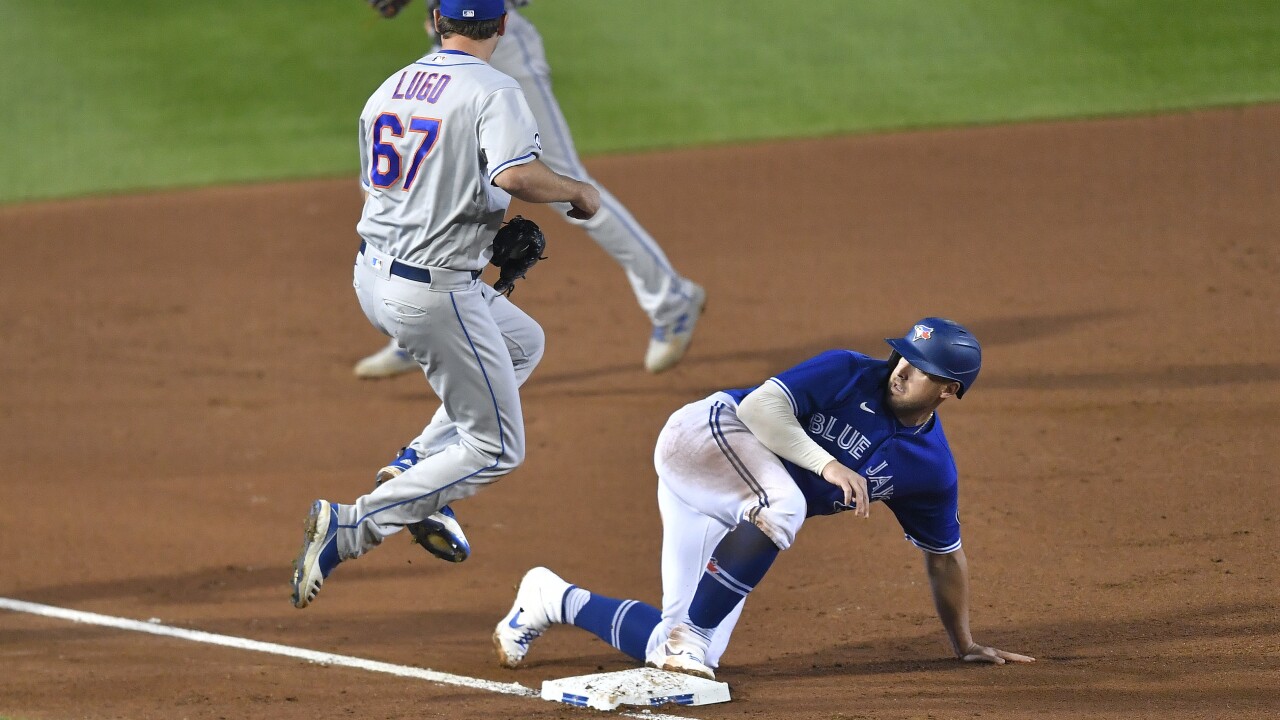 Adrian Kraus/AP
New York Mets starting pitcher Seth Lugo, left, jumps off the base after forcing out Toronto Blue Jays' Travis Shaw at third during the fourth inning of a baseball game in Buffalo, N.Y., Saturday, Sept. 12, 2020. The call was upheld after a Toronto challenge. (AP Photo/Adrian Kraus)

BUFFALO — Bo Bichette singled and scored in a successful return to the Toronto lineup and Alejandro Kirk also got a hit and scored in his big league debut as the Blue Jays beat the New York Mets 3-2.

Bichette, who missed 27 games with a right knee sprain, was activated from the injured list and extended his hitting streak to 10 games.

The shortstop is batting .354 this season.

Kirk, a 21-year old catcher who hadn’t played above Single-A, singled in the sixth inning.

Robbie Ray got his first win since being acquired from Arizona in a trade on Aug. 31. He allowed one run in five innings.