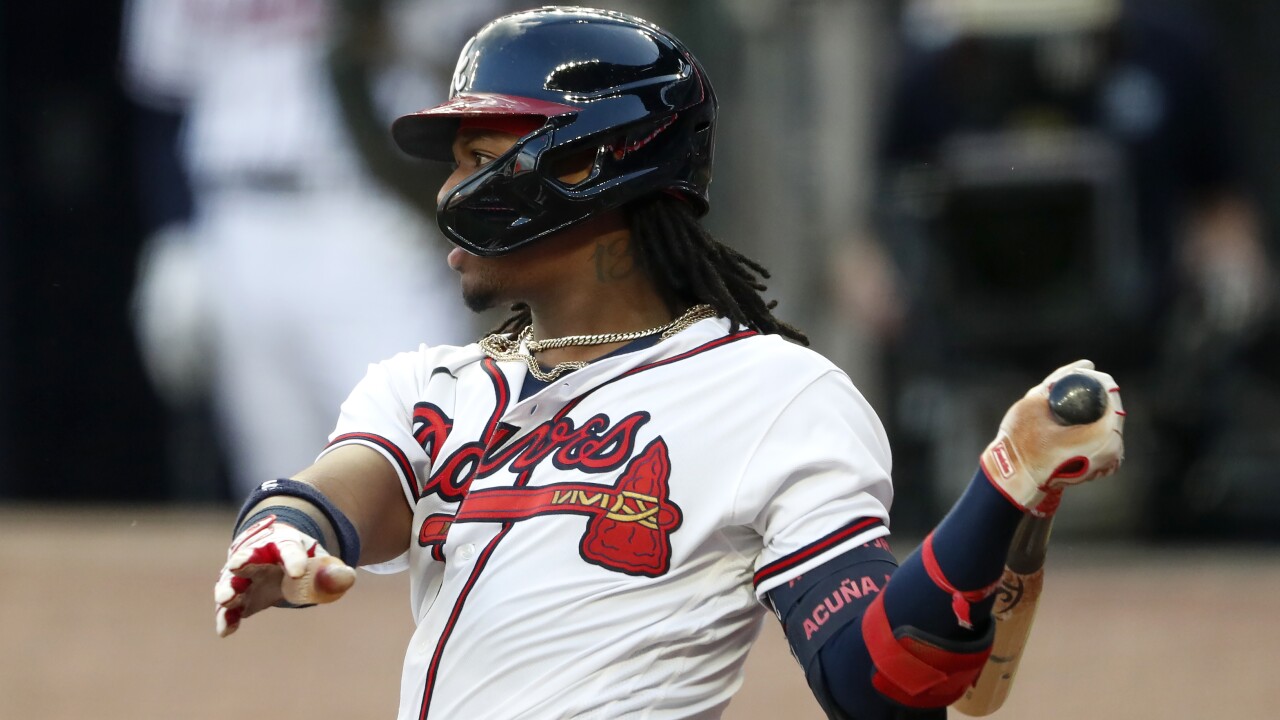 John Bazemore/AP
Atlanta Braves' Ronald Acuña Jr. follows through on an RBI double during the second inning of the team's baseball game against the New York Mets on Saturday, Aug. 1, 2020, in Atlanta. (AP Photo/John Bazemore)

ATLANTA — Ronald Acuña Jr. shook off a slow start by driving in two runs with two hits, including his first homer, and the Atlanta Braves beat Michael Wacha and the New York Mets 7-1 for their fourth straight win.

The Mets have lost four straight. Marcell Ozuna hit a two-run homer, his third, off Wacha (1-1) in the first inning.

Acuña led off the game with his 18th strikeout, the most in the majors.

He doubled in a run in the second and lined his first homer into the left-field seats in the sixth off right-hander Franklyn Kilome, who made his major league debut.