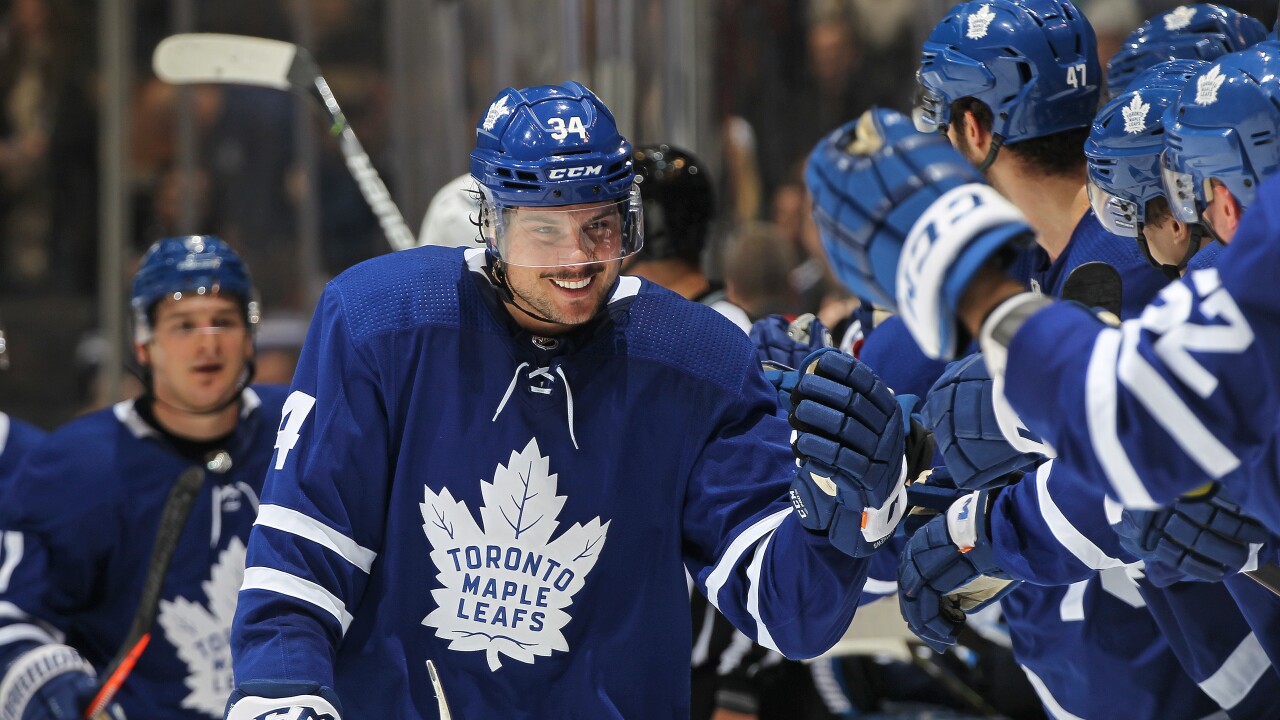 Auston Matthews had his first hat trick since scoring four times in his NHL debut and the Toronto Maple Leafs beat the New Jersey Devils 7-4 .

John Tavares also scored as part of a three-point night for the Leafs and Rasmus Sandin had two assists in his first game since getting called up from the minors.

William Nylander and Zach Hyman each had a goal and an assist, and Frederik Gauthier had the other goal for Toronto. Frederik Andersen made 24 saves for the Leafs.