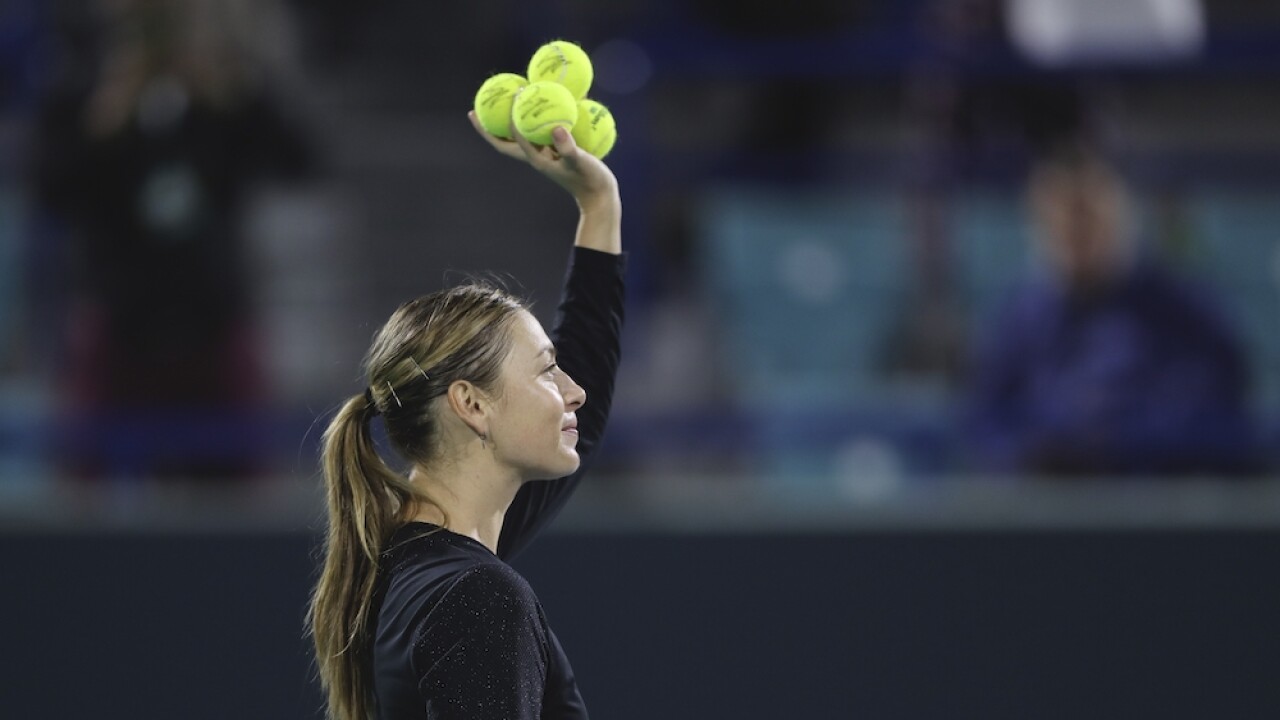 In an essay published in Vanity Fair, tennis star Maria Sharapova announced that she is retiring after playing professionally for 20 years.

Sharapova, 32, ends her career with an overall record of 645-171. She began playing professionally in 2001, winning her first tournament title at the age of 16.

She captured five Grand Slam titles in her illustrious career, winning all four of the major tournaments at least once. She's one of ten women all-time ever to accomplish the feat. Her last Grand Slam title came at the 2014 French Open.

Sharapova also served a 15-month suspension in 2016 and 2017 by the International Tennis Federation for taking meldonium, a substance banned by the World Anti-Doping Agency.