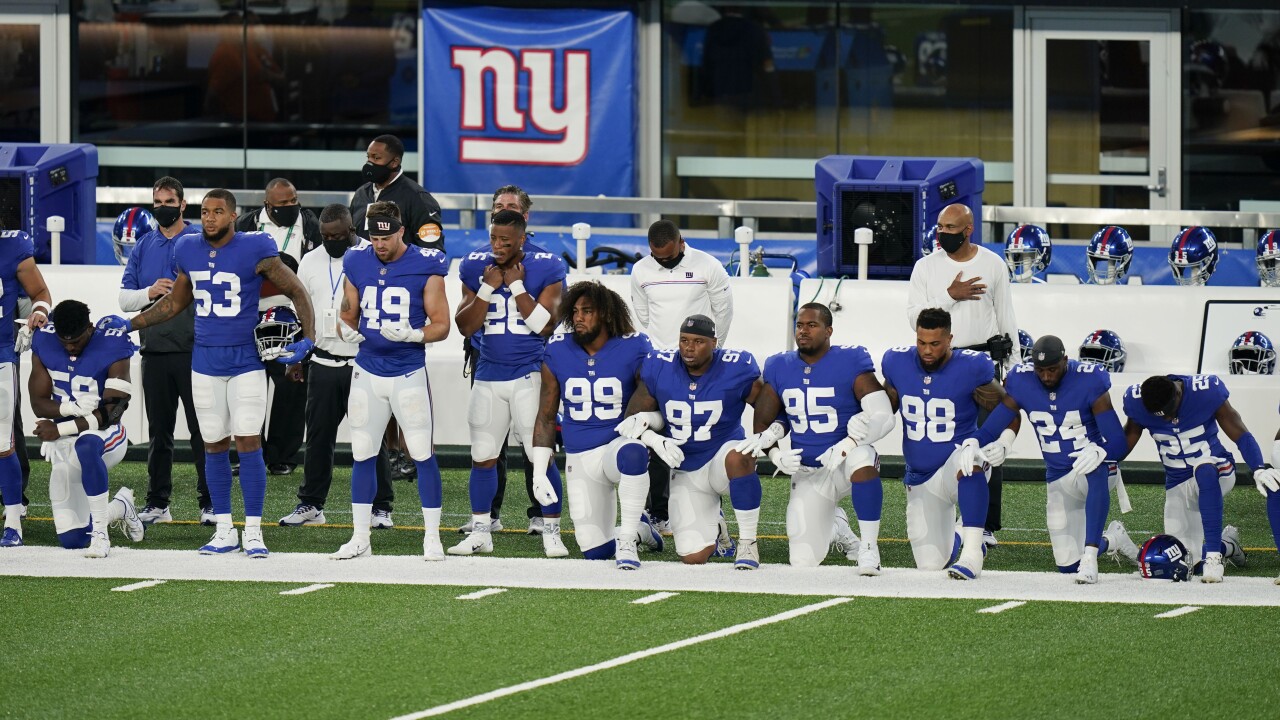 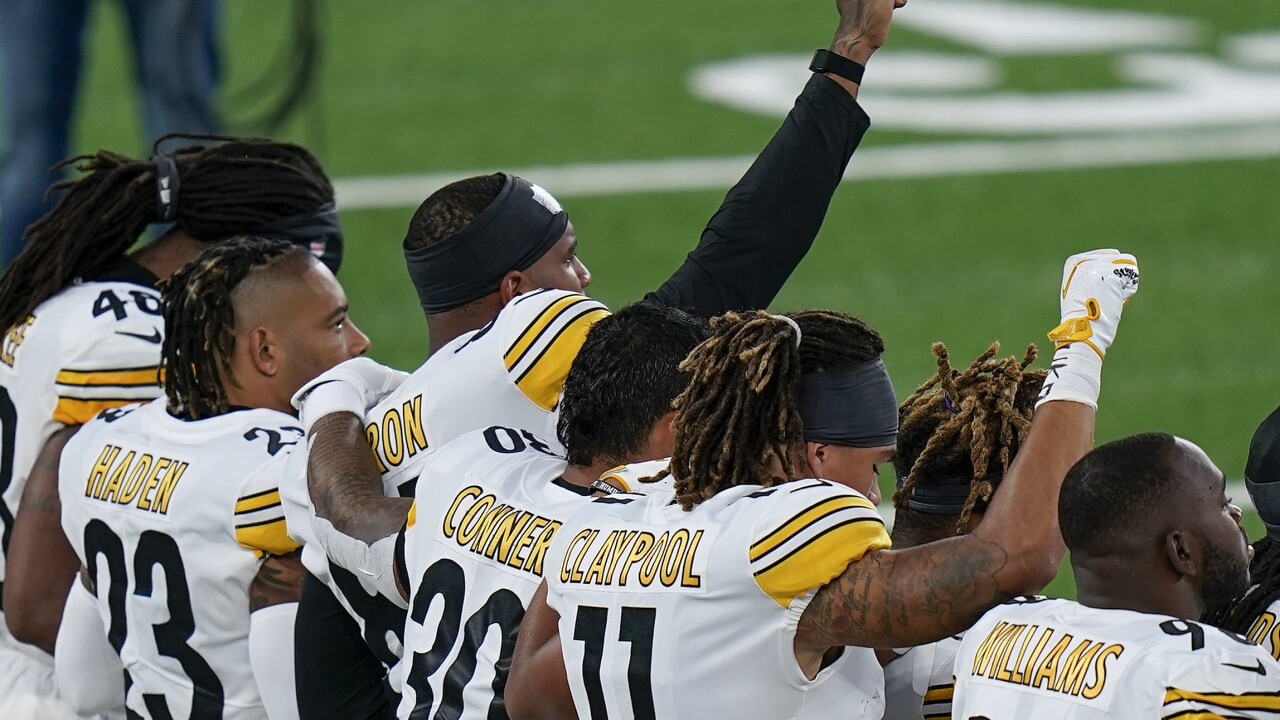 EAST RUTHERFORD, N.J. — The Pittsburgh Steelers held a banner with an anti-racism message and at least 19 New York Giants players knelt during the playing of the national anthem before Monday night’s game at MetLife Stadium.

The Steelers remained in their locker room and the Giants stood in an end zone some 25 minutes earlier when the Black anthem, “Lift Every Voice and Sing,” was played.

During the national anthem, the Steelers stood side by side while a group of players held a white banner with the words “Steelers Against Racism.”

The Giants’ defensive players were mostly the ones who knelt during the anthem.