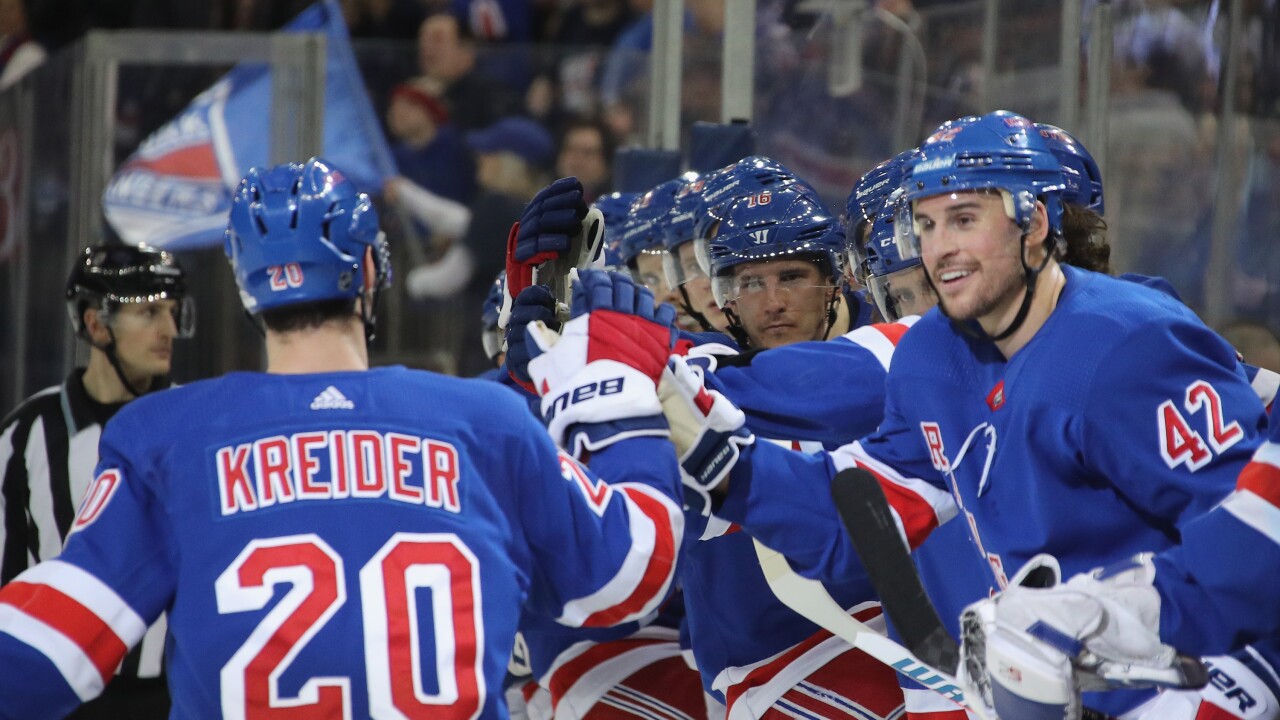 Chris Kreider and Mika Zibanejad scored in a 6-second span late in the first period and the New York Rangers earned a 5-3 win over the Toronto Maple Leafs.

Rookie goalie Igor Shesterkin made 27 saves to win for the fourth time in five starts this season.

Auston Matthews had two goals and John Tavares also scored and added an assist for the Maple Leafs.