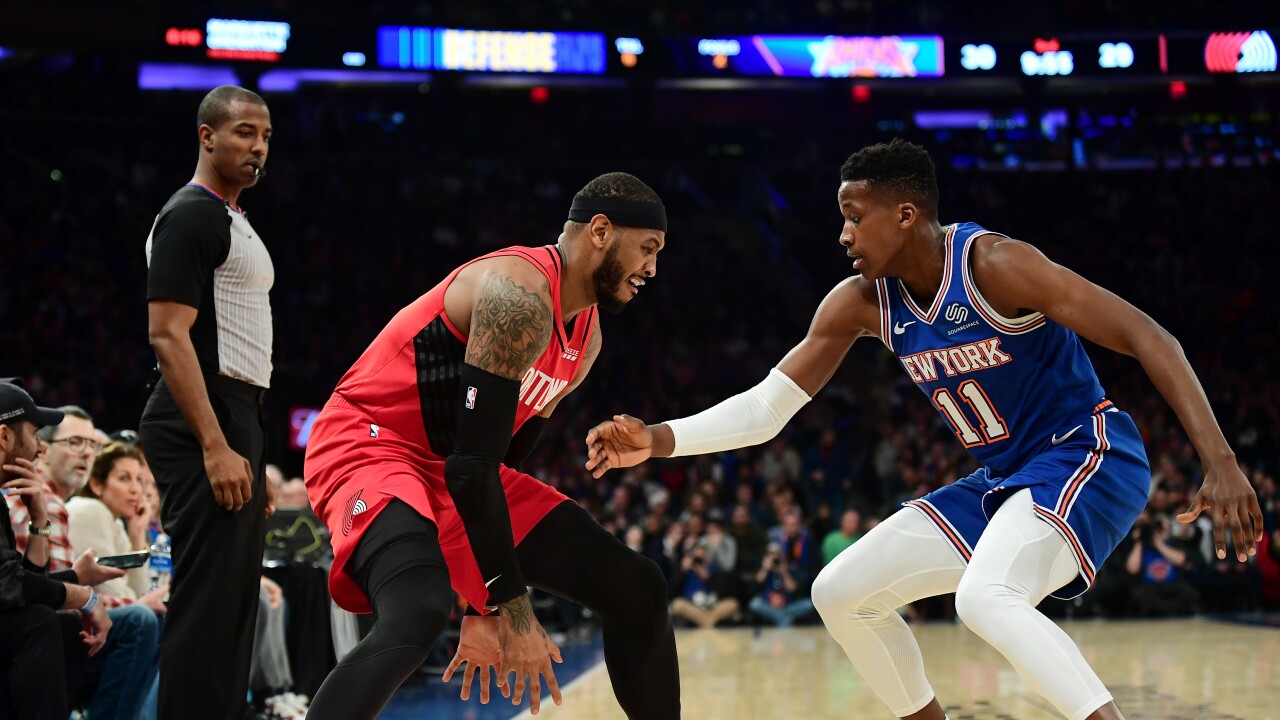 Emilee Chinn/Getty Images
NEW YORK, NEW YORK - JANUARY 01: Carmelo Anthony #00 of the Portland Trail Blazers is guarded by Frank Ntilikina #11 of the New York Knicks during the first half of their game at Madison Square Garden on January 01, 2020 in New York City. NOTE TO USER: User expressly acknowledges and agrees that, by downloading and or using this photograph, User is consenting to the terms and conditions of the Getty Images License Agreement. (Photo by Emilee Chinn/Getty Images)

Mitchell Robinson made all 11 shots and had 22 points, Julius Randle added 22 points and 13 rebounds, and the New York Knicks spoiled Carmelo Anthony's strong return to Madison Square Garden by beating the Portland Trail Blazers 117-93 for their season-high third straight victory.

Anthony scored 26 points, his most since returning to the NBA, and was cheered before and during the game at the arena where he played 6 1/2 seasons.

But he was on the bench at the start of the Knicks' 14-0 run early in the fourth quarter that broke open the game.