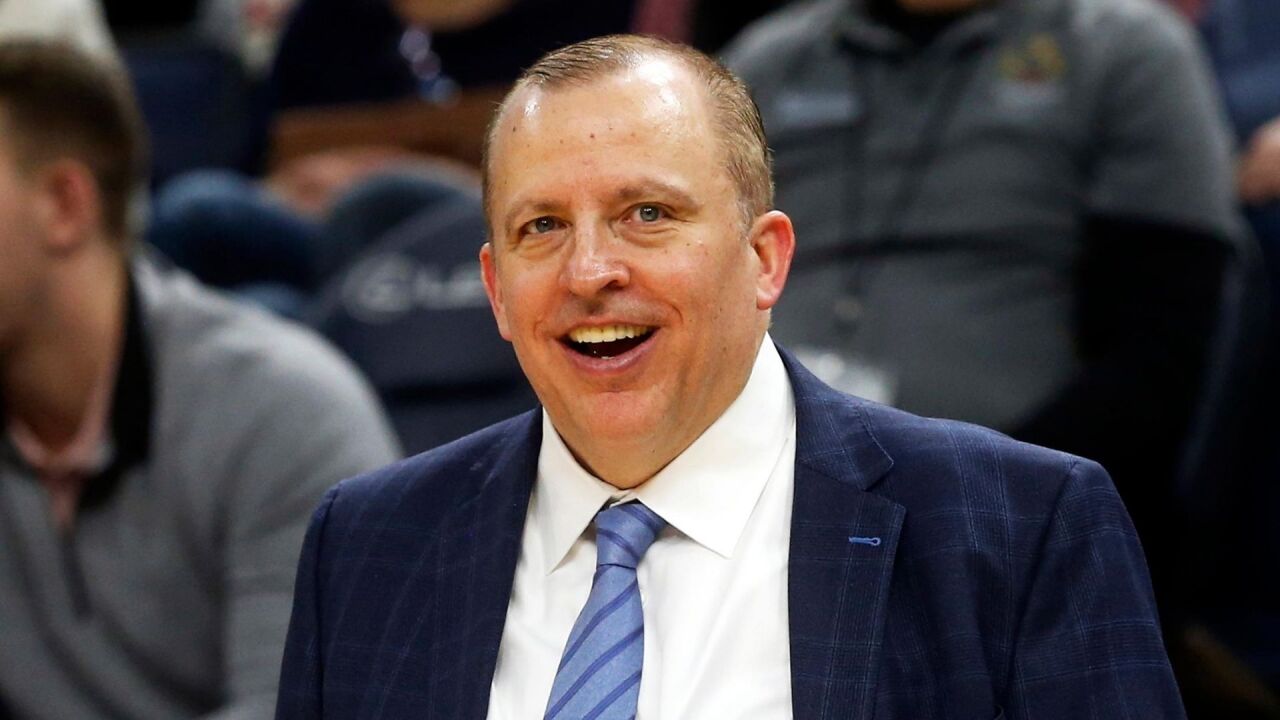 MANHATTAN — Tom Thibodeau is back in New York as the Knicks’ new coach.

The former NBA Coach of the Year was hired as the team's 31st head coach Thursday, returning to the team he helped lead to the NBA Finals as an assistant coach.

Thibodeau, 62, is 352-246 in eight seasons coaching Chicago and Minnesota.

He was the Coach of the Year in 2011 in his first season with the Bulls.

He led Chicago to 50 wins in three of his five seasons.

Thibodeau was an assistant to Jeff Van Gundy when the Knicks reached the 1999 NBA Finals.