Kenny Atkinson out as Nets coach in surprise split 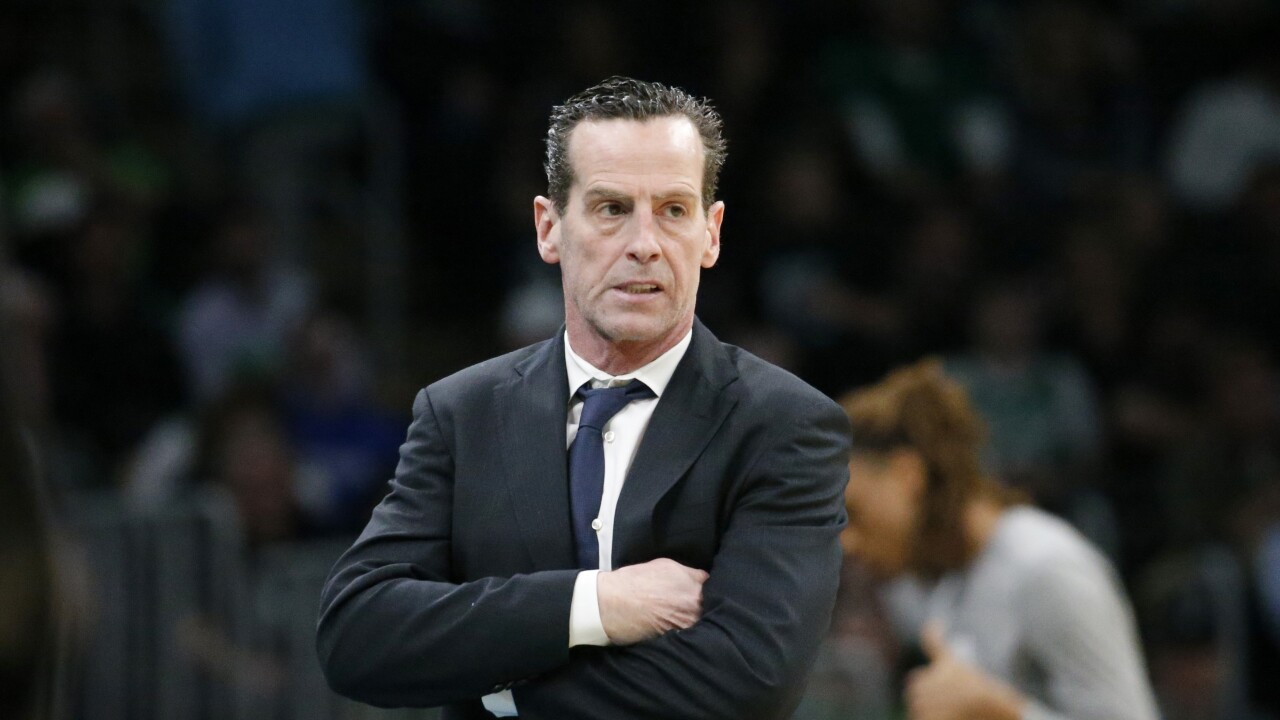 Mary Schwalm/AP
FILE - In this March 3, 2020 file photo, Brooklyn Nets head coach Kenny Atkinson looks on from the sideline during the first half of an NBA basketball game against the Boston Celtics in Boston. The Nets surprisingly split with Atkinson on Saturday, March 7, even as they remain on track for a second consecutive playoff berth. The morning after Atkinson guided the Nets to a rout of San Antonio, the Nets announced that they had mutually agreed to part ways with the fourth-year coach. (AP Photo/Mary Schwalm, File)

NEW YORK — The Brooklyn Nets have surprisingly split with coach Kenny Atkinson, even as they remain on track for a second consecutive playoff berth.

The morning after Atkinson guided the Nets to a rout of San Antonio, the Nets announced they had mutually agreed to part with the fourth-year coach.

“After discussions with Kenny about the progress of the season, we mutually agreed that a coaching change would be in the best interest of the team,” said General Manager Sean Marks. “This was an extremely difficult decision, however the organization believes it is one that is necessary at this time. Kenny was instrumental in developing our players and building the identity and culture we have become known for over these past four seasons. The foundation he helped put into place here is one that we will continue to build on in the coming seasons. We are forever grateful for all of Kenny’s hard work and dedication to the Nets and the Brooklyn community. Kenny, Laura and the Atkinson family will always remain a part of our Nets family and we wish them nothing but the best in the future," the team said in a statement.

The Nets are in seventh place in the Eastern Conference. Atkinson was 118-190 in over three seasons of his first NBA head coaching job. Jacque Vaughn will serve as coach for the rest of the season.