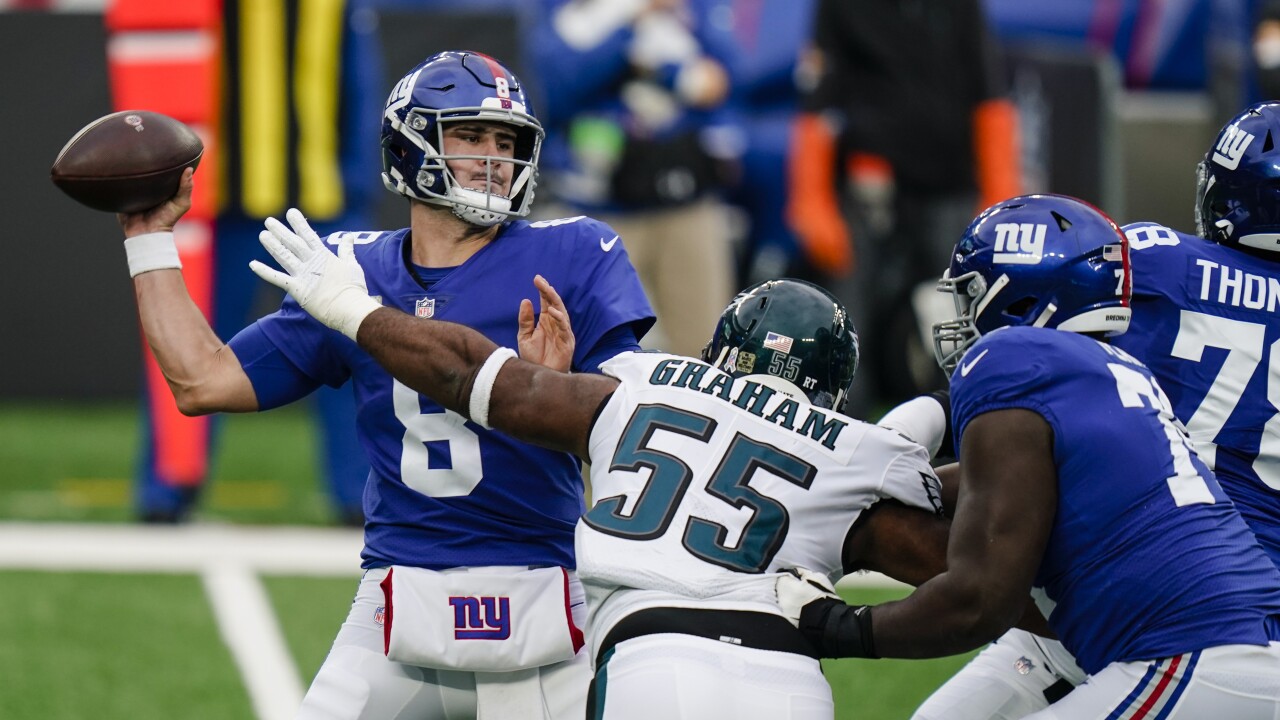 EAST RUTHERFORD, N.J. — Daniel Jones threw for 244 yards and ran for a touchdown, Wayne Gallman Jr. had two TD runs and the Giants beat the Philadelphia Eagles 27-17 on Sunday.

The Giants improved to 3-7 under first-year coach Joe Judge with their second straight win, snapping an eight-game losing streak against Philly. The Eagles still lead the NFL’s worst division.

Carson Wentz and the rest of Philadelphia’s offense were out of sync following a bye. They were 0 for 9 on third downs.

Boston Scott had a 56-yard TD run early in the third quarter but the Eagles couldn’t get closer.