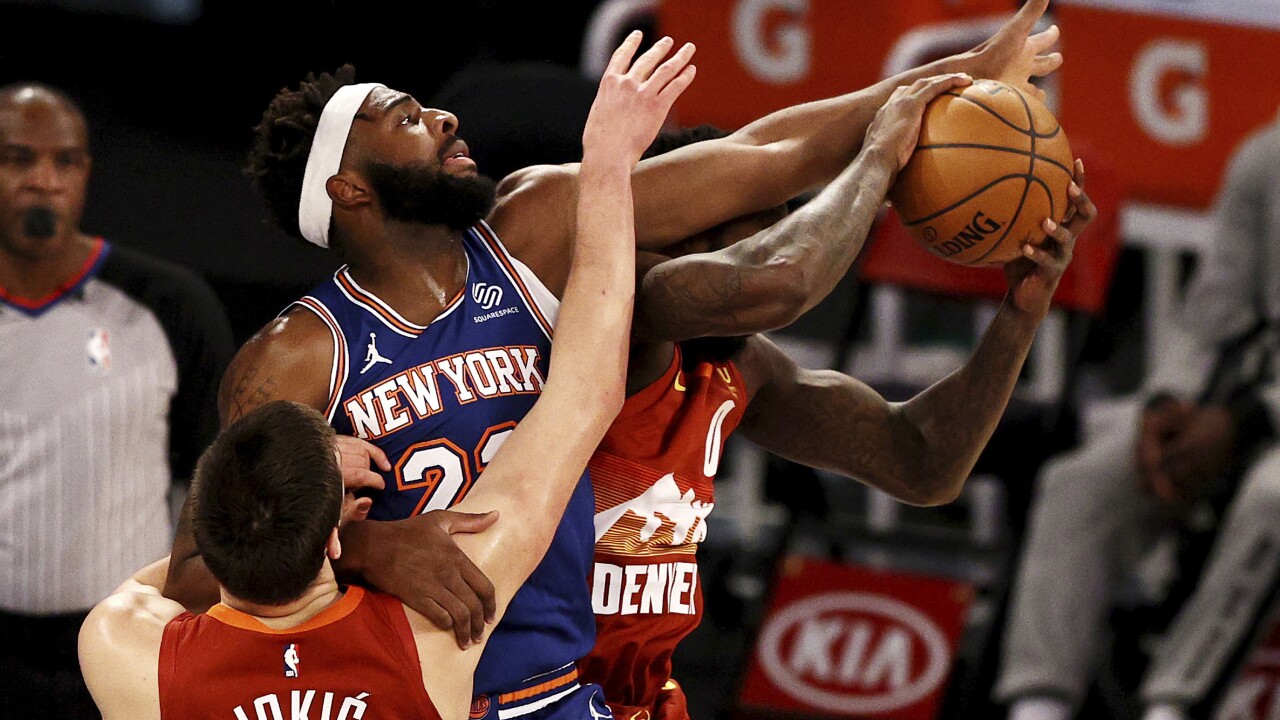 NEW YORK — Nikola Jokic had 22 points, 10 rebounds and five assists in another short night, and the Denver Nuggets reached .500 for the first time this season with a 114-89 victory over the New York Knicks.

The Nuggets opened 1-4 after reaching the Western Conference finals last season, but have now answered with four wins in five games. The last two were easy.

The Nuggets pulled away from the seven-man 76ers in the third quarter and rested their starters in the fourth of a 115-103 victory Saturday.

They jumped on the Knicks much earlier Sunday and it was never a game after halftime.