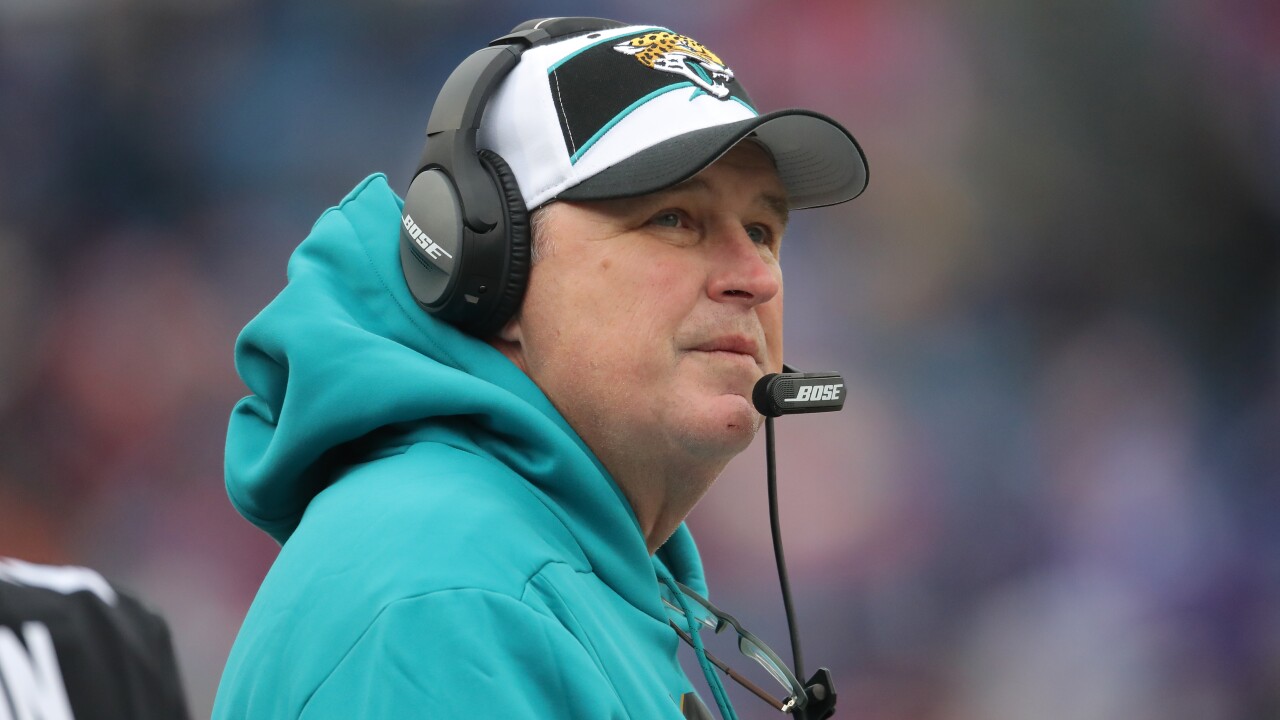 Owner Shad Khan made the announcement after “positive meetings” with Marrone, Caldwell, their staffs and several players.

Khan said this is "not the time to consider an overhaul of our organization.” Marrone and Caldwell have two years remaining on their contracts.

Khan made it clear that expectations are high for 2020. He fired top executive and ex-Giants coach Tom Coughlin two weeks ago, identifying his old-school mentality and overbearing ways as the main problem.

Coughlin's position will not be filled.

Copyright 2019 Scripps Media, Inc. The Associated Press contributed to this report. All rights reserved. This material may not be published, broadcast, rewritten, or redistributed.