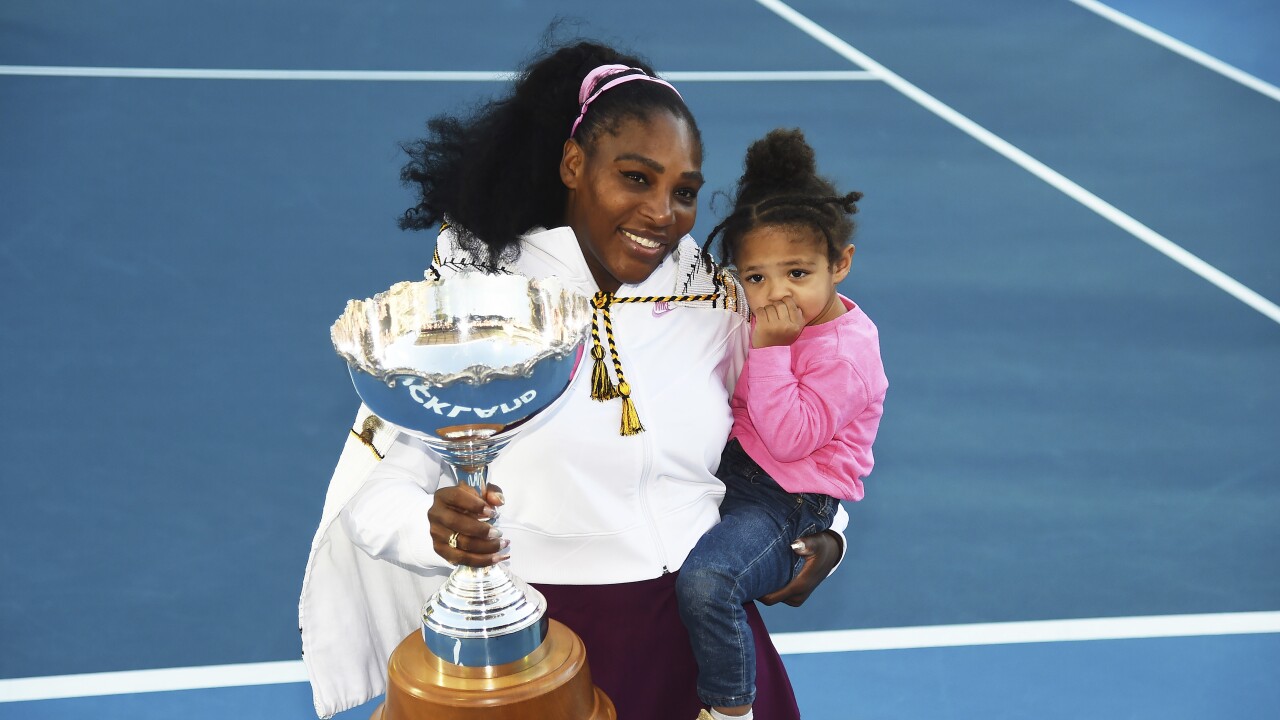 (Copyright 2020 The Associated Press. All rights reserved. This material may not be published, broadcast, rewritten or redistributed.)
Chris Symes/Photosport via AP
Serena Williams with daughter Alexis Olympia Ohanian Jr. and the ASB trophy after winning her singles finals match against United States Jessica Pegula at the ASB Classic in Auckland, New Zealand, Sunday, Jan 12, 2020.

AUCKLAND — Serena Williams ended a three-year title drought when she beat fellow American Jessica Pegula 6-3, 6-4 to win the singles final at the ASB Classic on Sunday.

Williams hadn't won a title since the Australian Open singles in January 2017 and not since she became a mother to daughter Olympia, who was court-side to see the victory.

Williams donated her $43,000 prize money to the fundraising appeal for victims of Australia's wildfires.