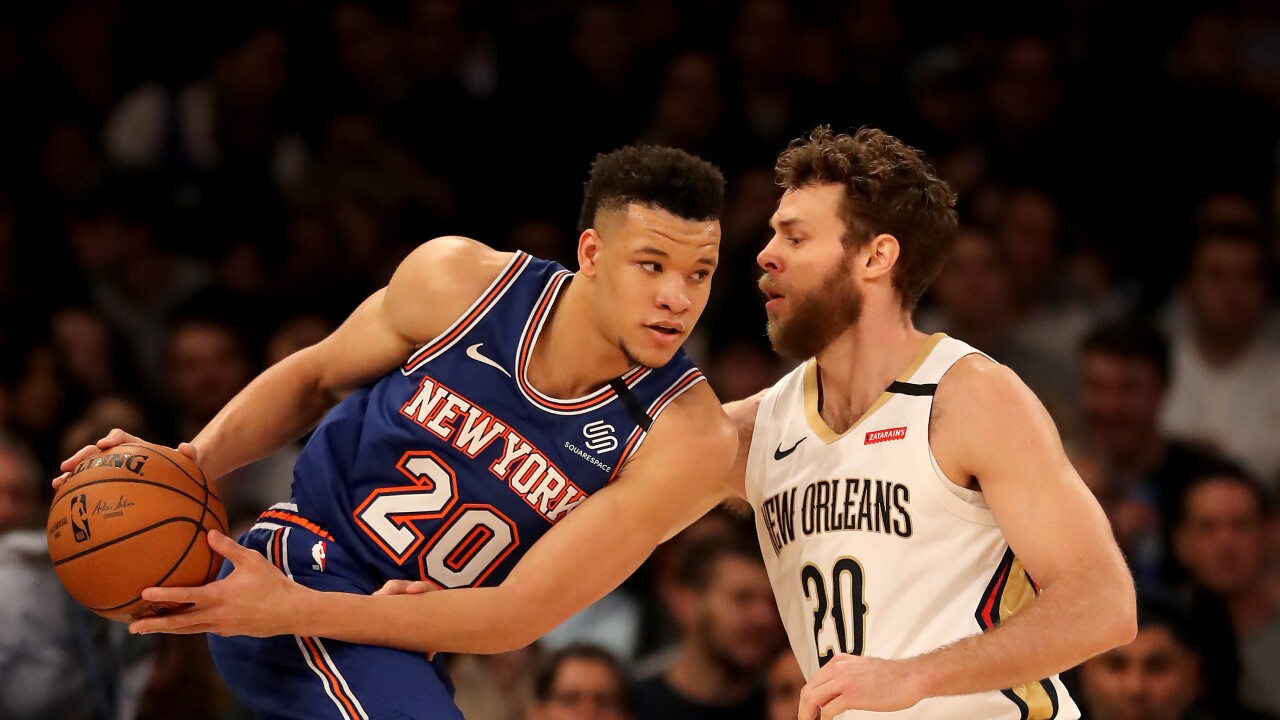 Elsa/Getty Images
NEW YORK, NEW YORK - JANUARY 10: Kevin Knox II #20 of the New York Knicks tries to get past Nicolo Melli #20 of the New Orleans Pelicans at Madison Square Garden on January 10, 2020 in New York City.NOTE TO USER: User expressly acknowledges and agrees that, by downloading and or using this photograph, User is consenting to the terms and conditions of the Getty Images License Agreement. (Photo by Elsa/Getty Images)

The Pelicans won for the seventh time in their last nine games. Taj Gibson led the Knicks with a season-high 19 points, shooting 8 for 8 from the field.