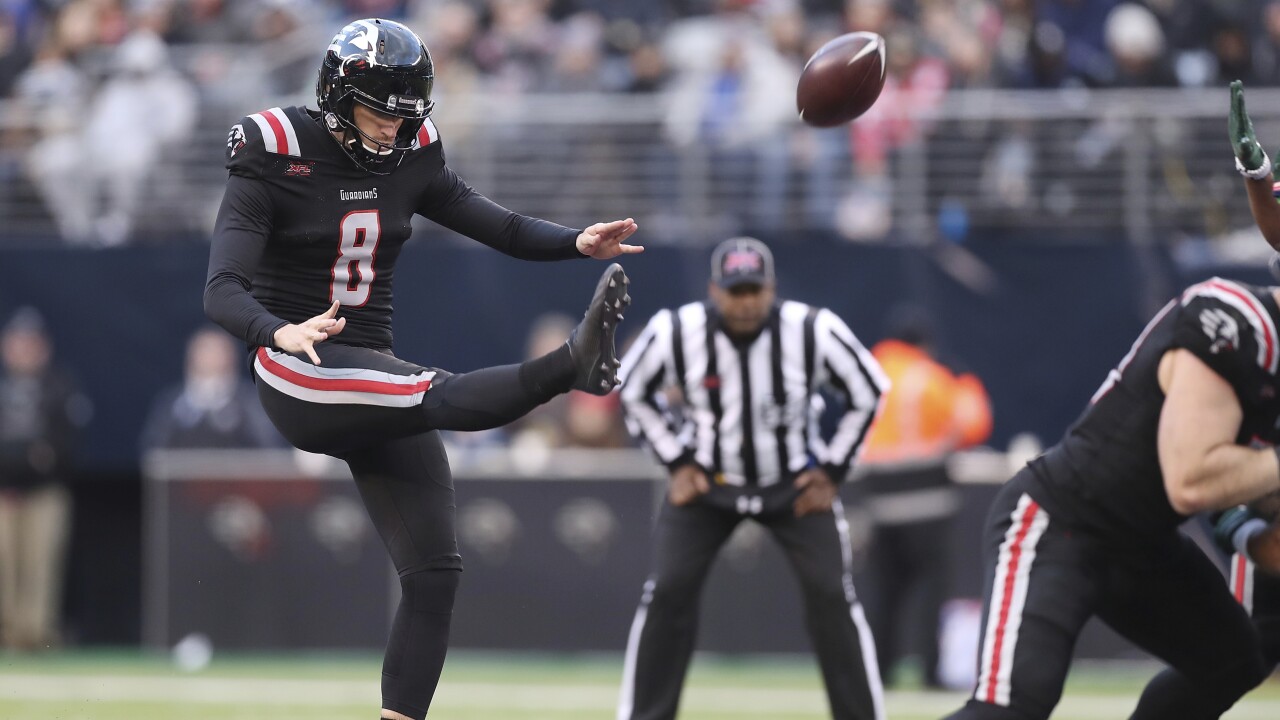 ARLINGTON, Tex. — The New York Guardians won their second straight game going away with a 30-12 win over the Dallas Renegades.

Locked in a 6-6 tie at half time after the teams traded field goals, the Guardians struck three times for touchdowns in the third quarter, including an 80-yard pass from Luis Perez to Colby Pearson. A Ryan Mueller interception return for a touchdown largely put Dallas away.

The Guardians improved to 3-2 on the season, good for second in the XFL's East Division. They return to MetLife Stadium next Saturday to face unbeaten Houston. Dallas fell to 2-3.