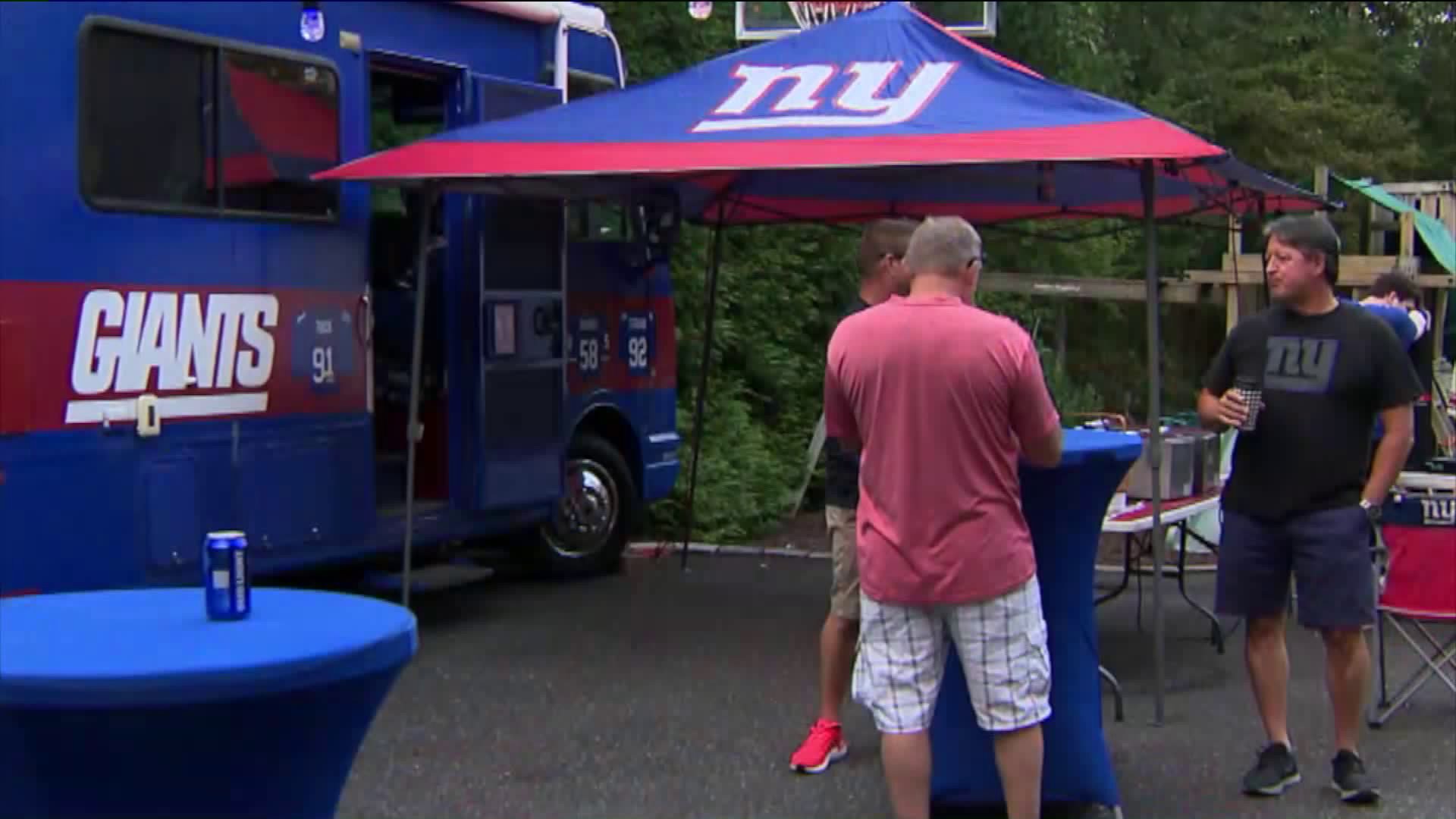 Game day usually would mean a 55-mile trip from one fan's home in Jackson, NJ to East Rutherford. Instead, he threw a party at home. 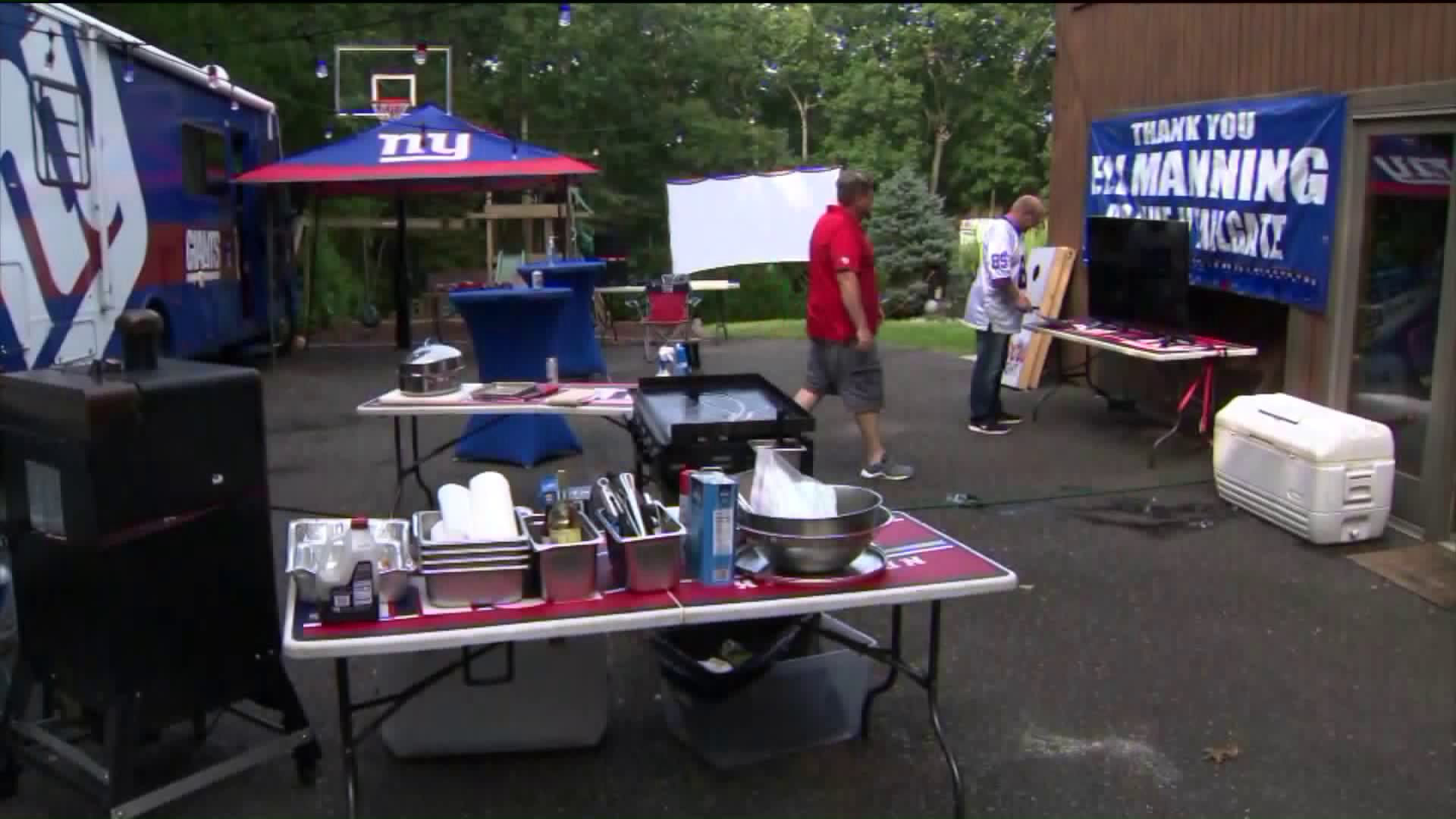 NEW JERSEY — A couple of die-hard Giants fans in New Jersey decided to throw a backyard tailgate party on Monday ahead of the team’s season debut.

The fans said they decided to host their friends after it was announced that MetLife Stadium would not have fans in the stands this football season due to the coronavirus pandemic.

Jim Niederhauser and friends are known for the big blue motor home full of memorabilia that tailgates outside the stadium during home games. They’ve been a fixture for 15 years.

“We knew once MetLife said no fans we were going to do something to get together and be safe together. Giant football is family,” he said.

Game day usually would mean a 55-mile trip from his home in Jackson, NJ to East Rutherford. Instead, he threw a party at home.

Hand sanitizer and masks were stationed near the buffet of hotdogs, hamburgers and other game-time snacks.

The group said they intend to abide by all of the state’s coronavirus rules while still enjoying the game with their friends.

They’re already planning the next driveway tailgate for the next home game.